Kris Toomey is the longtime wife of Patrick Joseph Toomey Jr. -best known as Pat Tomey, a businessman and politician who serves as the Senator for Pennsylvania.

Kris’s husband previously served in the U.S. House of Representatives for six years. Honoring his pledge to limit himself to three terms, he did not seek re-election to the House in 2004. He has served as a U.S. Senator from Pennsylvania since 2011.
In addition to his public service, Pat -a graduate of Harvard University -has also worked in the financial services industry, served as president of the Club for Growth. Along with his brothers, he also owned and operated a small restaurant chain in the Lehigh Valley. 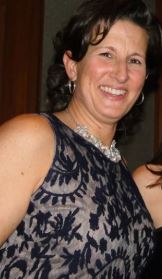 He and wife, Kris Toomey have been happily married since 1997. Kris Toomey was born Kris Ann Duncan, she met her future husband after she became friends with his sister.

In addition of being a supportive political spouse, Kris Toomey is the mother of the couple’s three children; Bridget, Patrick, and Duncan. She gave birth to their third child, Duncan, while Pat was running his Senate campaign in 2010.

Kris attended the University of Connecticut, graduating with a bachelor’s of science in statistics and mathematics. Growing up she was also a competitive athlete for years.
After graduation, she was a manager of client services at PricewaterhouseCoopers, which offers tax consulting, but she has also been a consultant to her husband.
Kris Toomey, also an advocate, has served on the Board of The Valley Youth House, an organization in Pennsylvania.

Kris who was a competitive athlete for years and stopped running to focus on her family, trained for an Ironman triathlon after her mother was diagnosed with with multiple myeloma, a type of blood cancer -raising more than $21,000 for the Multiple Myeloma Research Foundation.