Meet Jorge Díaz Reverón; he is a Puerto Rican judge and the husband of Wanda Vazquez Garced. His wife is the new Governor of Puerto Rico.

There isn’t much out there about him; except that Judge Diaz Reveron was born Jorge Luis Díaz Reverón on June 1, 1960, in Caguas, Puerto Rico; he and his wife of nearly three decades have one daughter together, Beatriz Díaz Vázquez.

Furthermore, their daughter Beatriz and her husband Kelvin Carrasco Ramos were the victims of a robbery at their house on December 7, 2017. Moreover, Judge Diaz Reveron was investigated after it transpired that he allegedly summoned Javier Marcano Marrero to his courtroom; urging him to cooperate with his wife’s defense lawyers when she allegedly intervened in the investigation of their daughter’s robbery.

The Judicial Discipline Committee subsequently determined that he did not misuse his position. 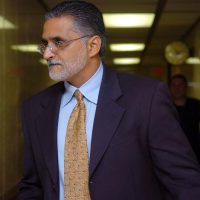 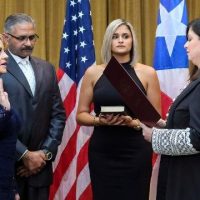