Natasha a server, is accusing the 51-year-old star of groping her while she was on the job at New York celebrity joint, Tao. She becomes his second accuser.
Gooding Jr. -well known for films like Boyz n the Hood, A Few Good Men, Jerry Maguire and Man of Honor -is currently facing similar charges after being accused of groping a woman while at a bar in New York City back in June.
A 29-year-old woman claims the actor placed his hand on her breast, squeezing it without her consent, at Magic Hour Rooftop Bar Lounge near Times Square. He was allegedly intoxicated at the time.
The actor who has been separated from wife, Sara Kapfer with whom he shares three children -has been romantically linked to Claudine De Niro in recent months.

New accuser, Natasha Ashworth filed a suit in Manhattan Supreme Court on October 21st, alleging that Gooding Jr. said inappropriate things to her and tried to grope her buttocks numerous times. The alleged incident took place in October of last year, at the time Natasha Ashworth served him during one of her shifts at the Tao Downtown Nightclub.

Gooding Jr. has so far been accused of two counts of forcible touching and sexual abuse in the third degree after the alleged groping incident.
Ashworth’s suit alleges assault, battery, and intentional infliction of emotional distress, according to Page Six. She is seeking a jury trial.
Surveillance footage has emerged showing the actor repeatedly grabbing at her back and rear as she tries to step away. 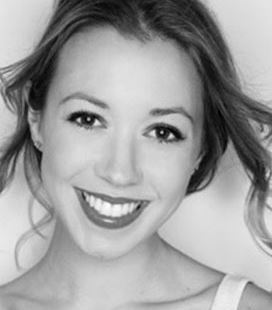 According to an IMDb page, Natasha was born June 19, 1989; the Massachusetts native holds a BFA in Musical Theater from the Conservatory of Music at the University of Cincinnati (CCM). CPR Certified.

The pretty blonde happens to be a Billboard Recording Artist, with hit single, Back To You. She starred in the Off Broadway production of The Fantasticks opposite Aaron Carter and performed in many other regional theater productions nationwide. She is currently into yoga, however, is not clear if this Natasha Ashworth is the same Natasha Ashworth accusing the actor.