Zachary Foster is the proud husband of journalist, Ali Meyer -who learned of her breast cancer after live streaming her mammogram.

Zachary’s wife received the shock of her life when last year she decided to live stream a routine mammogram that ultimatley resulted in a cancer diagnose. She went ahead with a mastectomy to remove her right breast to ensure that the cancer was out.

Meyer’s radiologist discovered cancerous calcifications in her right breast, which turned out to be non-invasive ductal breast cancer, a very early stage of cancer that is easily treated. One year after her diagnose, she is now free of cancer. 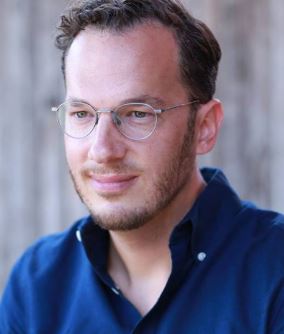 Ali graduated *** Laude from the Newhouse School of Communications at Syracuse University. She worked as a general assignment reporter at WTVH in Syracuse, New York. Ali joined News 4 in July of 2000. She currently anchors the News 4 Morning Show and files special reports for the 10 p.m. news. She has five Emmys under her belt.

She’s been happily married to husband Zachary Foster for several years, together they are the proud parents to four daughters. The couple has been married since 2001.

Zachary Foster is the co-founder Future Haus -which according to its LinkedIn profile, is a digital agency specializing in mobile apps for Android and iOS and scalable, full-stack solutions for the web and API backends.
Foster along with Josh Turmel and Kevin Morey founded Future Haus in 2014. Prior to Future Haus, Zachary Foster served as Head of Interactive on Creative Media at Life Church. He was also the Interactive Art Director for Image Action.

Zachary went to Park Ridge High School and graduated with a degree in Computer graphics from Syracuse University. The husband and father is active on social media, he has accounts on Twitter and Instagram.
The family of six reside in Oklahoma City, Oklahoma.