Suzi Taylor, known as an Australian reality contestant, is being accused of robbing and assaulting her Tinder date.

Suzi Taylor is a Reality TV star and Model from Australia, she is best known as a former participant on home renovations show, The Block.
She has been charged with extorting a Tinder date and holding him against his will. She has been refused bail after appearing in court earlier today.

Authorities confirmed that the ex-reality star is said to have seduced her victim via Tinder and then assaulted him for money. According to police, a man in his 30’s visited a home in the Brisbane suburb of New Farm just after meeting Taylor. Shortly after entering the property, Taylor demanded money from him and another man, described as Taylor associate -began kicking and punching the victim.

49-year-old Suzi Taylor, is a a well known personality in the Australian Entertainment landscape. She is a former Penthouse cover model. She reportedly won $349k with friend Yvonne Cosier back in 2015 during season 11 of Nine’***** reality series. 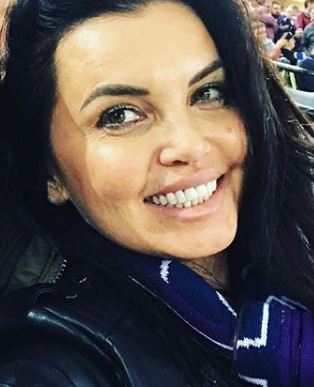 During their time on The Block, Taylor – a former Penthouse pet and mother of three – referred to herself as “the single mum” -she was super close to fellow contestant Yvonne Cosier but the two have since fallen out. Taylor is the mother of two sons and one daughter.

Taylor was also at the centre of a nude photo scandal when a passer-by took explicit photos of her posing on top of a boat in Melbourne’s Docklands. She was then discovered unconscious on the set of The Block four days later and had to be taken to hospital where she was later found to be suffering a severe anxiety attack.
Taylor said at the time “If I’ve caused anyone any embarrassment, I totally regret it, I’ve had a lot of personal issues in my life which I suppose a lot of people do … I’m on the road to recovery and thank you so much for supporting me.”

Taylor has claimed in the past to have dated both entertainment reporter Richard Wilkins and the late Michael Hutchence. From her social media, it appears that she’s been dating a man by the name of Jonathan Gregory-kelly.