Born May 18, 1964; the Toronto, Canada native attended Jarvis Collegiate Institute. She made the move to the US following her high school graduation.
Herridge holds a Bachelor’s degree from Harvard College and subsequently studied for a Master’s degree in journalism at the Columbia University Graduate School of Journalism.

She began her career as a London-based correspondent for ABC News. Herridge joined Fox in 1996 as a London-based correspondent. At Fox, Herridge covered the intelligence community, the Justice Department and the Department of Homeland Security.
Additionally, Herridge covered Hillary Rodham Clinton’s Senate campaign in 2000. According to her Fox bio, she was also a New York-based correspondent for the Fox Broadcasting Network newsmagazine Fox Files. Her work on Fox Files was recognized with the Bronze World Medal from the New York Festivals, honoring excellence in communications media. 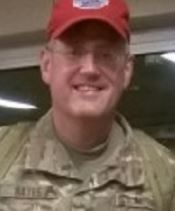 She and husband, J.D Hayes -who is an air force pilot -have been married since 2004.
JD Hayes is the government officer at Air Force and his ranking is Lt. Col. Togethery they are the proud parents of two sons, Jamie and Peter.
In 2005 Air Force Lt. Col. J.D Hayes and Catherine Herridge suffered a major scare when their younger child, Peter was diganosed with biliary atresia -a form of cancer.
Catherine donated part of her liver to their younger son, Peter, for a lifesaving transplant.
Both JD Hayes and Catherine keep a low profile.