Ethan Kollie has been named as a close friend of Connor Betts -the young man who opened fire on August 5, in a popular nightlife district in Dayton.

Prosecutors have said it was Kollie who helped Betts in preparing for the shooting. Betts who was armed with a .223-caliber high-capacity rifle, killed his sister as well as eight random bystanders in the area. He was killed by police officers on patrol moments after he opened fire.

Since the shooting, Betts has been described by those who knew him as someone who was not only comfortable with guns, but had a deep interest in them. Though a motive for the killing is not yet clear, something was off with Betts who was in a “****ogrind” band with extremely graphic, violent lyrics. Former high school classmates said that he had a “hit list” of people he wanted to kill or rape and authorities have confirmed they found writings that expressed an interest in killing people, at his family home. 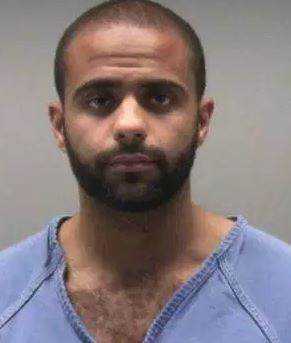 Betts had been arrested for operating a vehicle under the influence of alcohol in 2016. His social media presence was also highly distrubing as his Twitter bio reads: “he/him / anime fan / metalhead / leftist / I’m going to **** and I’m not coming back.” One tweet used the hashtag #HailSatan.
On Twitter he shared extreme left-wing and anti-police posts, as well as tweets supporting Antifa, or anti-fascist, protesters.

Ethan Kollie for his part is currently being questioned by authorities due to his involvement in the shooting and relationship with the gunman. He was arrested on unrelated charges after he lied on a federal firearms application last year statting he did not used drugs.
During an FBI interview, Kollie said he purchased the high-capacity magazine, body armor, and part of the gun Betts used during the deadly rampage. Kollie also hid the items in his apartment in order to assist Betts.

24-year-old Kollie, a Beavercreek, Ohio native; describes himself on LinkedIn as a “commercial sales representative” for a local car dealer in the Dayton, Ohio area, a position he said he’d held for two years.
Before that he worked for another car dealer and then as an account manager for a marketing solutions agency in Carmel, Indiana for nine months.
He attended Sinclair Community College, receiving a certificate in real estate sales.
He is being held in a Dayton jail.