Cristina’s husband is widely known for his CNN show, Cuomo Prime Time and for being the son of former New York governor Mario Cuomo and younger brother of the state’s current governor Andrew Cuomo.

Born August 9, 1970, in Queens, New York; Cuomo, the youngest of five children born to Matilda and Mario Cuomo -lived in the Governor’s Mansion in Albany from 1982 until 1994, when his father left office.
Though the 49-year-old earned a law degree, he developed a career in televsision and his decicion seems right as he became the youngest correspondent ever at 20/20, before his turn as a news anchor on Good Morning America. In 2013, he became co-host of CNN’s New Day.

Since 2001, Chris has been happily married to Cristina Greeven -who is also in the same in the media industry.
Cristina Greenven who now goes by Cristina Cuomo is a magazine editor. Since their 2001 nuptials, the couple has wlecomed three children together, daughters Bella and Carolina and son Mario. 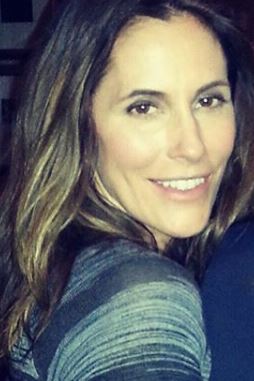 In addition to having the famous last name, Cristina is widely known as the founder and editor of the East End of Long Island’s Hamptons Purist. The spouse and mom of three also runs a wellness website known as The Purist.

Cristina was born on January 12, 1970; the daughter of Regina Greeven, Rainer Greeven. She attended local schools in New York and later graduated from Cornell University.
Following her graduation, she began her career as a writer and magazine editor in New York City. She served as the Vice Chairman of Niche Media LLC. Her input as a writer is credited with the founding of Manhattan File, a lifestyle magazine where she served as the publisher and Editor-in-Chief for seven years.
She also worked on Gotham and Hampton Magazines which was under Niche Media Holdings, LLC as an Editorial Director. Mrs. Cuomo is no stranger to TV work, she also served as the host for PBS’ travel show Best Places To Live.