Carmen Sama is the stunning girlfriend of Ivory Coast musician, Ange Didier Houon -best known for his stage name DJ Arafat and considered the most popular artists in Ivory Coast.

Carmen’s beau is said to have lost his life following a road crash on August 12th. According to reports, the well-known singer in French-speaking Africa -is said to have suffered a fractured skull after his motorcycle collided with a car. He was 33-years-old.

Arafat -born to musician parents -had been referred to as the “king” of coupé-décalé dance music and was named best artist of the year at the Coupé-Decalé Awards in 2016 and 2017. He went onto release 11 – albums, mainly of coupé-décalé – a dance music form combining choppy rhythms with hip-hop-style vocals. The track Dosabado -is one of his biggest hit songs.
In addition to his music career, Arafat was known for his love of motorcycles and featured them in his most recent hit, Moto Moto, which was released over the summer. 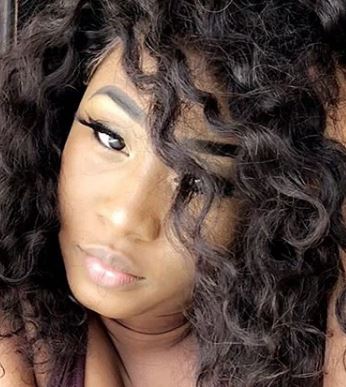 Arafat is survived by his mother, Tina Glamour, longtime partner Carmen Sama and five children Mael, Ezekiel, Lachoina, Owen and Rafna Houon.
The couple had apparently rekindled their relationship earlier this month after Arafat announced their breakup on social media last May.

The beautiful Carmen Sama was raised by her parents in the town of Yopougon, more precisely at the Cité CIE. She was ducated in strict Muslim and Baoulé traditions.
She is the mother of one of his children, a 2-year-old daughter named Rafna. Sama is big on social media, with over 170k followers, the social media model often posts about her lifestyle and her adorbale young daugther.
Prior to Carmen Sama, Arafat had been romantically involved with Emma Lohoues, Alexia Vodi and Aaïcha Ballo.