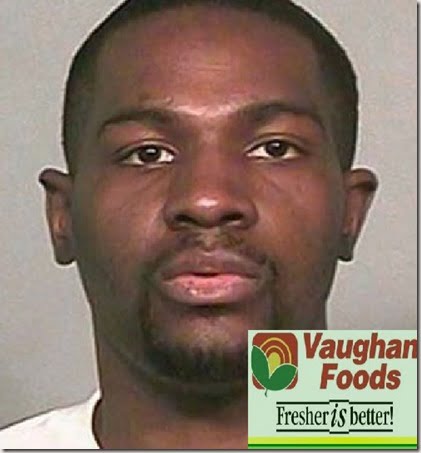 Oklahoma residents are in shock after hearing of a horrific crime scene! A 30-year-old food distribution plant worker in Moore, OK,; is being accused of attacking two women co-workers, killing one before he was shot by the company’s COO at the plant on September 25.

54-year-old Colleen S. Hufford, who lived in Moore was allegedly killed by Alton Nolen. Reports say he confronted her in Vaughan’s front office yesterday, and  then “severed her head” according Sgt. Jeremy Lewis of the Moore Police Department.

Alton allegedly decapitated a Colleen during a workplace dispute before trying to kill Traci Johnson. According to records online Colleen’s relatives include KC Hufford, Kell Hufford and Kelli Hufford.

Traci Johnson who is another worker from the plant believed to work in the customer service department, was attacked second, and police says it was obvious Nolen was trying to kill her. Nolen stabbed 43-year-old Traci multiple times before he was shot. Reports say he was shot and subdued by an off-duty Oklahoma County reserve deputy.

Traci was taken to the hospital with slashes all over her body but is said to be recovering. She is in stable condition in hospital.

It appears Alton had been fired but the story goes much deeper than an angry former employee. He had been trying to convert co-workers to Islam! After he was fired on Thursday he smashed his car into another vehicle.

Police who was called after all went down believe he climbed out of his car, entered the building, and infuriated attacked the first two people he encountered with a knife, being Colleen and Traci.

Co-workers said Nolen himself had only just converted to Islam, according to News9. It is not yet known if his beliefs played a role in the attack; but his rap sheet definitely goes to show he is no good. According to Heavy.com Nolen was arrested for ********* possession in 2009, assault and battery on a police officer in 2010, a traffic violation in 2006, driving with a suspended license in 2009, and cocaine with intent to distribute in 2006. He is said to be recovering from his wounds in a hospital.

Not much is known about the victims so far, but police keeps investigating the motive of his attack. Colleen Hufford, died at the scene at Vaughan Foods. We send our prayers to both Colleen’s and Traci’s friends and family.