Cedric Anderson has been identified as the man who was responsible for the death of a teacher and one student at a San Bernardino elementary school.

53-year-old Cedric Anderson is said to have entered the school with no indication of having any weapons. He then went inside a classroom where he shot and killed, his wife, Karen Elaine Smith, also 53.

According to authorities, the gunman said nothing and opened fire on his wife with a large-caliber revolver. Unfortunately two children standing behind Smith were struck by gunfire. Anderson who had identified himself as a visitor, also died from self inflicted wounds.

The theory handled right now by authorities, is that the attack was believed to stem from a “domestic dispute.”

The children who were initially injured were air lifted to a hospital where they were listed in critical condition. One of the students later died of his wounds, according to local law enforcement.

The boy who died was identified as 8-year-old  Jonathan Martinez. Authorities didn’t name the other boy who was wounded and is now in stable condition.

The two students who were struck by gunfire were standing behind Smith, the police chief said. But it is believed they were not a target, instead they just happened to be standing near the teacher at the wrong time. 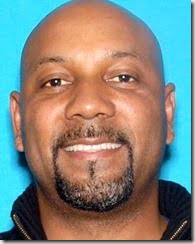 His wife, served as a teacher in the special-needs classroom for students in first through fourth grades where the shooting took place. At the time at least 15 other students from grades one through four were inside along with his wife. 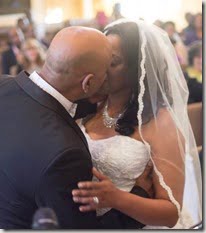 The San Bernardino City Unified School District said the rest of the students were evacuated to nearby Cajon High School to be reunited with parents.

Authorities are describing the scene as a murder-suicide.

Cedric Anderson was a resident of Riverside, CA. According to the San Bernardino Police Chief, Anderson and his teacher wife, had only been married for a dew months and had been estranged for about a month.

Anderson kept an active Facebook page in which many of his photos include him and Karen Elaine Smith during happier times.