Grace Cavert is the longtime wife of current senior US Senator from Florida, Bill Nelson.

Grace’s husband is the only Democrat to win a statewide office since 2006. He was born Clarence William Nelson II on September 29, 1942; the Miami native has served three terms in the Florida House, six terms in Congress and was twice elected Florida insurance commissioner.

After graduating Yale in 1965, Nelson went to the University of Virginia law school. Nelson, who participated in ROTC while in college, went on active duty in the Army, serving two years in Miami as officer-in-charge of an all-services recruiting station.

After completing his activity duty commitment, Nelson returned to Melbourne and opened a law office. In the early 70’s Nelson won his first election to the Florida Legislature, and stayed in the house for six years.

Nelson is also notorious for flying on the space shuttle Columbia, after he became chairman of the Science, Space and Technology Committee. 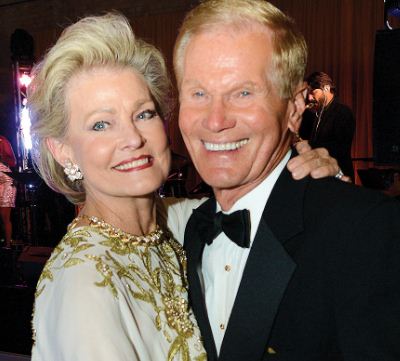 Bill is almost always accompanied by his lovely wife, Grace. The two met while attending college, and after being set up on a date sparks flew. They tied the knot in 1972; meaning they have been married for 46 years.

Grace Cavert holds a degree from the University of Georgia, but is a native of Jacksonville, Florida. She previously served as President of the Senate Spouses group.

The group was founded in 1917 as a way to contribute during World War I. The wives of lawmakers got together to sew bandages and over time expanded their charity efforts. Since the late 80’s Grace Cavert has been an organizer of gatherings for women at the National Prayer Breakfast in Washington.

Grace is also an expert on how to successfully host a party, in fact, back in 1990 she was one of 15 women chosen to appear in a book called Washington Hostess Cookbook. This lady is really the epitome of class.