Ashiqul Alam is a young man from New York who has been named as the suspect in a frustrated Times Square attack.

Alam is a college student who is said to have spent months plotting the attack to the busy Manhattan intersection. Ashiqual who resides in Queens, is currently under arrest.

He got on law enforcement’s radar after doing a search for explosives. Authorities then set up a sting and he was caught. 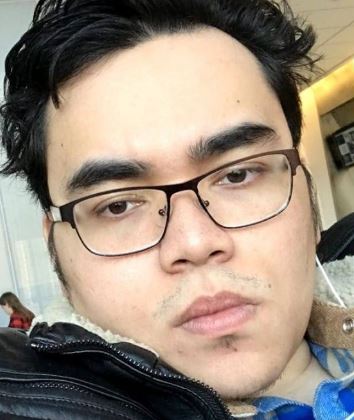 He appeared in court today where he was accompanied by his parents and a family friend. He was charged with illegally purchasing untraceable firearms from undercover officers -which alerted authorities of his evil plot. The judge called him a ‘danger to the community’

According to the criminal complaint, Alam wanted to either attack Times Square or Washington D.C., with an eye toward killing a “senior government official.”

Alam reportedly went to Times Square for reconnaissance and made videos as he was researching potential targets.

He even underwent laser surgery to correct his vision -the decision to get surgery was linked with his plot. Alam allegedly told to an undercover agent

“Let’s say we are in an attack, right, say that my glasses fall off. What if I accidentally shoot you? You know what I mean. Imagine what the news channel would call me the ‘Looney Tunes Terrorist’ or the ‘Blind Terrorist,’”

According to his LinkedIn, he is a student at John Jay College (CUNY). In addition to college he is said to have two jobs.

Alam lived in Jackson Heights, Queens apartment building with both his parents. Neighbors have described him as ‘weird’ and ‘quiet’

A social media profile shows he posted images of what it looks like screenshots from violent video games.