Michael’s notorious wife began writing novels after three decades of service at the D.A.’s office. 67-year-old Linda left a career for the other but she might end up with neither. According to reports she has been dropped by her publisher following her portrayal on Netflix’s ‘When They See Us’

The miniseries recounts the time where Linda oversaw the prosecution of five juvenile defendants known as the “Central Park Five” in The “Central Park Jogger” case in 1990 -where jogger Trisha Meili was brutally raped and left for dead.

Linda earned a reputation as a fierce advocate for victims -however she’s received much backlash after it was revealed that the five men were wrongfully incarcerated.

At least there is someone who Linda can count on these days, that’s her current husband, Michael Goldberg. The two were married in 2014 and where friends for over four decades. They were so close that Linda is even the godmother of Michael’s son. 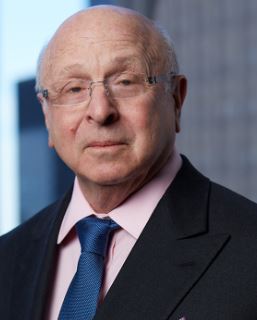 Linda was previously married to Justin Feldman, from 1987 until his death in 2011. The two welcomed three children together, Jane, Diane and Geoffrey Feldman.

Michael Goldberg and Linda met during their first year at the University of Virginia Law School. At the time Michael was married and Linda later married Feldman.

After graduation, Michael, Mike Goldberg moved to NY to practice law at a Wall Street firm. He also spent eleven years practicing corporate law in the Mergers and Acquisitions group of Skadden, Arps, Slate, Meagher & Flom, becoming a Partner in 1980. He is also the former Managing Director and Co-head of the Mergers and Acquisitions department at The First Boston Corporation.

Goldberg is currently a partner at Kelso and Company, a private equity firm.

He divorced in 2013 and asked Linda out. A few months later he proposed on the Vineyard, and the couple decided to elope.