Jasmine’s beau is currently in jail in Sweden, the 30-year-old has been charged with assault causing actual bodily harm and reports say he will remain in custody until a trial takes place.

The rapper was arrested earlier this month after he was involved in a fight with two other men. Mayers has claimed self defense but the fight was caught on video and the Swedish prosecutor says a crime has been committed despite self defense claims.

Born October 3, 1988; the Harlem, NY native had a rough childhood and spent a good part of his early years camping out in shelters with his single mother. He was in his teen when his brother was killed and decided to turn his focus to music.

Rakim first gained fame with his LiveLoveA$AP mix tape. He appeared in the Lana Del Rey music video for “National Anthem” and was featured on the remix to Rihanna’s song, “Cockiness (Love It)” at the 2012 MTV Music Video Awards.
His first studio album Long. Live. ASAP debuted at #1 on the Billboard 200 in 2013 and earned him a nomination for a BET Award for Best Male Hip-Hop Artist. Since then, he’s also starred in the 2015 feature film Dope. That same year, he followed up his commercial debut with At. Long. Last. A$AP.

ASAP has been romantically linked to Instagram model, Jasmine Daniels. 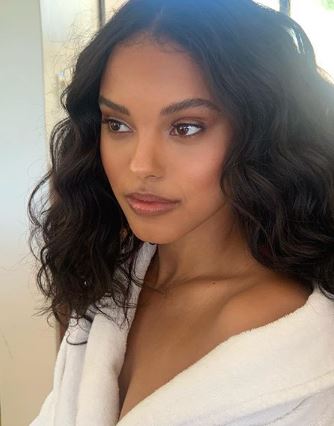 The brunette beauty is a social media sensation, with over 160k followers on Instagram, Jasmine Daniels has landed modeling gigs for important brands including Calvin Klein -which was shot alongside boyfriend, ASAP Rocky.

She made her runway debut in 2017 at the Marc Jacobs and Miu Miu shows in New York Fashion Week and Paris respectively. She was shot by acclaimed photographer, Alasdair Mcclellan for a portfolio inside love Magazine’s fall fashion issue.
Slowly but surely she’s earned representation from several different agencies including CW Talent, Elite Models NYC, Premium Models in Paris, and Freedom Models in Los Angeles.

In 2019, Jasmine Daniels was signed to be the face of Calvin Klein’s #MyCalvins global campaign. In addition to Calvin Klein, she’s also modeled for the likes of Top Shop and Nasty Gal and appeared in magazines such as W and Vogue.
Daniels is also the current face of Elie Saab’s newest fragrance campaign #GIRLOFNOW