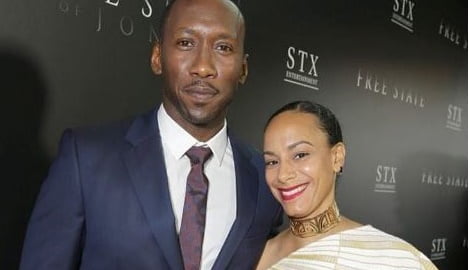 Her hubby was born Mahershalalhashbaz Gilmore on February 16, 1974. He was born in Ohio to parents Willicia (Goines) and Phillip F. Gilmore. The family later moved to California where Ali was raised.

Mahershala who changed his name to Ali after converting to Islam, is a St. Mary’s College graduate from where he obtained his bachelor of arts degree in mass communications. He also received his MFA from NYU Tisch School of the Arts.

The actor, had his breakthrough role in the 2004 science-fiction series The 4400. He had previously been casted as a regular on series such as Crossing Jordan and Threat Matrix.

In 2008 ha landed hi first major film release with his participation in The Curious Case of Benjamin Button.

Other feature film credits include The Place Beyond the Pines, Crossing Over, Go For Sisters. Most recently he can be seen in The Hunger Games: Mockingjay – Part 2 and independent feature film, Moonlight –for which he is nominated to an Oscar.

On television, he appeared The Wronged Man for which he subsequently received a NAACP Nomination for Best Actor. He was also casted in 2016 Netflix and Marvel Entertainment’s Luke Cage and on the award-winning Netflix original series, House of Cards.

Hi stage credits include appearing in Washington, D.C. at the Arena Stage in the title role of The Great White Hope, and in The Long Walk and Jack and Jill. In February 2016, he made his New York Broadway debut in Smart People.

Ali’s talent also expands to music. As a rapper he has collaborated and performed with artists including Talib Kweli, Planet Asia, Keith Murray, and others.

Indeed, Ali’s star keeps on rising and along with him, his gorgeous wife.

Chicago native, Amatus met Ali while attending New York University. Like her hubby, she is also of Muslim faith and she is also into the arts.

Amatus Sami-Karim enjoys a wide range of artistic pursuits, including music, composition, and acting. She attended both Tisch School of the Arts and the Royal Academy of Dramatic Art.

According to her website she composed the music for Dominique Morrisseau’s Obie Award winning play “Sunset Baby” for the Labyrinth Theater Company. Amatus has also collaborated with artists Meshell Ndegeocello, Roy Hargrove.

Amatus has known her hubby since their college days, some 20-years-ago.

They were friends at first and reconnected years later after Amatus faced tragedy. She tragically lost her brother a few years ago when he was killed in a Chicago shooting incident.

Amatus said during an interview Ali was of great support for her. They became husband and wife in 2013. Gorgeous Amatus returns the favor to her hubby by pushing him out of his comfort zone. Ali told Elle about his beautiful wife

She’s always trying to get me to do something, which is great though, that I’m a little uncomfortable with. So she’ll like, ‘Oh, try this!’ I’m like, ‘Eh, no.’  I get great gifts from her. Great gifts.” 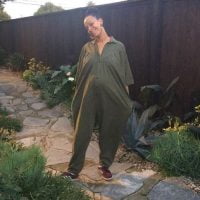 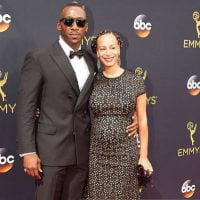 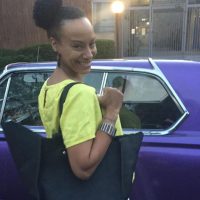 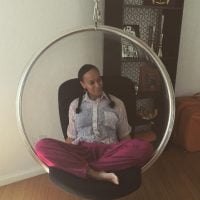 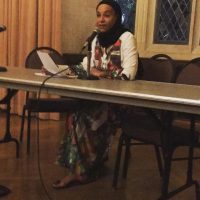 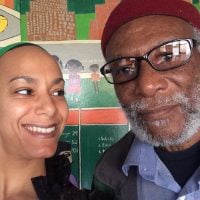 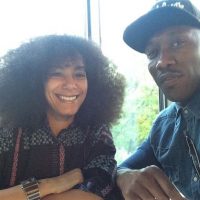