Alexandria Duval also known as Alison Dadow, has been charged in the death of her identical twin sister. Alexandria Duvals’ sister, Anastasia Duval died in a car accident on May 29.

According to shocking reports, the twins were traveling south on Hana Highway on May 29 when their Ford Explorer crashed into a rock wall, plunging onto a rocky shoreline, causing the death of 37-year-old Anastasia Duval, also known as Ann Dadow.

Alexandria was behind the wheel of the SUV that plunged 200 feet off a Maui cliff. Court documents show Alexandria Duval allegedly didn’t attempt to brake and instead accelerated, making a hard left and crashing into a wall.

Alexandria’s actions have been revealed through the vehicle’s air-bag control module and witnesses who say saw the twins arguing before the crash. 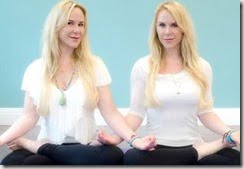 PinShortly after living the hospital, she tried to leave the state which prompted police to arrest her. Alexandria made her court appearance on Monday where a judge ordered for her to continue to be held without bail.

Alexandria Duval along with sister, Anastasia Duval are the owners of a yoga business called Twin Power Yoga. They opened their first yoga studio in Palm Beach Gardens in 2008 and another in West Palm Beach in 2011. While living in Florida they led a luxury lifestyle. 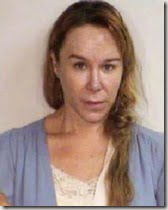 According to her lawyer, her client didn’t try to harm the person she loved the most in the world. She and her sister were originally from Florida, where they ran the yoga business. The pair moved to Hawaii in December from Utah and changed their names.

It is not clear why they close their Florida studio in 2014 and reports say thy had legal problems while living in Utah. They opened another studio in Utah but shortly after filed for bankruptcy.

The troubled sisters also show a string of previous arrests. Alexandria’s criminal record in Utah includes arrests on suspicion of driving under the influence, fleeing the scene of an accident and driving without insurance.

While, Anastasia Duval was arrested near Ogden, Utah, in 2014 for public intoxication, assault on a police officer, disorderly conduct and interference with an arrest.

Alexandria Duval, pleaded not guilty to charges of second-degree murder in the death of her identical twin.