Roger Clinton, the younger brother of former president Bill Clinton has been arrested for DUI charges and it doesn’t look bad only for him.

Roger Clinton, an actor and musician, is also the brother in law of current candidate for the Democratic presidential nomination in the 2016 election, Hillary Clinton.

It seems that the Clinton brothers are both prone to scandals and that certainly doesn’t help the former Secretary of State.

How could we forget the former president’s affair with Monica Lewinsky and although that puts Hillary in ‘forgiving wife heaven’ the public humiliation of being cheated on by your spouse is till got to sting big time. Now, is her half-brother-in-law who is putting a cloud on the former first lady.

Roger Clinton was in jail Monday on suspicion of driving while intoxicated in California, FYI; the site of a major primary on Tuesday.

According to authorities, the younger Clinton was taken into custody Sunday night in the seaside city of Redondo Beach, about 20 miles south of downtown Los Angeles,” the Associated Press reported.

Roger Clinton is scheduled to appear in court later Monday. According to gossip site TMZ, Clinton refused blood alcohol testing after his arrest on Sunday evening –which is his bail is set at $15,000. 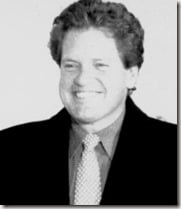 It is not the first time he is trouble with the law. Roger Clinton served a year in federal prison for cocaine dealing. He was also arrested back in 2001 for DUI. That year, his then president brother, famously pardoned him for his 1985 conviction.

He was born Roger Cassidy Clinton on July 25, 1956 in Hot Springs, Arkansas. He is the son of Virginia Dell Cassidy and her second husband, Roger Clinton Sr. It’s widely known Roger’s father was an alcoholic who often abused a young Roger and his mother. Bill Clinton himself, has admitted to his stepfather being violent and having to step in to protect his mother and younger-half brother. 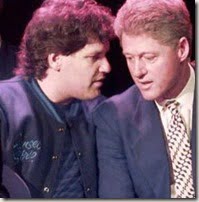 Growing up, Roger Clinton showed an interest for music and acting. He was a member of a rock band named “Dealers High.” Clinton also had relative success acting in films such like, Bio-Dome and Fred Claus. He made a number of TV-show appearances including, The Nanny as himself, Sabrina the Teenage Witch, and Cybill.