Deborah Roberts is the longtime, loving and proud wife of journalist and TV personality, Al Roker.

You probably know her husband as NBC weatherman Al Roker, however he is now filling in the third hour of the Today Show following Megyn Kelly’s departure. Al who previously co-anchored the 9 o’clock hour (EDT) with Tamron Hall, has been on the show for 23-years.

His wife on the other hand, is also a known TV face, as a journalist for ABC News. The Georgia native was born September 20, 1960; as Deborah Ann Roberts. She holds a 1982 Bachelor of Journalism from the University of Georgia.

Deborah who has also served as an anchor and co-host on Good Morning America, World News Tonight and The View –wrote a book titled “Been There Done That” –with her hubby.

The two have been married for over two decades, 23-years to be exact. 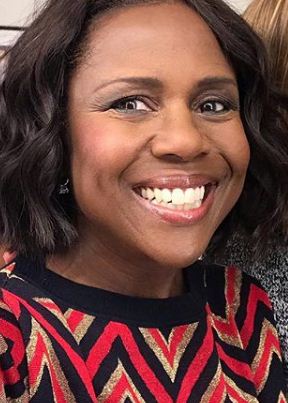 Roker and Roberts met in 1990, when Roberts joined NBC as a general-assignment reporter. Soon after she arrived, Roker took her to lunch, at the time he was married to first wife Alice –and he spoke to her about his family.

Roberts was then transferred to Miami, and then Atlanta, however they kept in touch. By 1992, she was back in New York as a correspondent for Dateline NBC, and by then, Roker and his then-wife, Alice, had split up.

He popped the question in 1994 on the rim of the Grand Canyon. The two were married on September 16, 1995, at the St. Thomas Episcopal Church in New York, and had a reception at Essex House. Guests included Barbara Walters, Rudy Giuliani, and Katie Couric.

Deborah then became a stepmother to Roker’s daughter, Courtney. Since then, the couple have also welcomed children of their own. Deborah Roberts and Al welcomed daughter Leila in 1998. The two are also parents to a 15-year-old son, Nick –who has special needs.

Deborah Roberts is a longtime collaborator of ABC News, she joined the network in 1994 as a correspondent for 20/20. Today, she reports for 20/20 along with Good Morning America, World News Tonight and Nightline.

Deborah Roberts and her family reside in the Upper East Side of New York City.