Rusdi Kirana is one of the founders of low-cost airline Lion Air –the largest airline group in Southeast Asia.

It’s also the same airline that owns the Boeing 737 that went down after taking off from the capital Jakarta with 189 people on board.

Rusdi Kirana runs Lion Air, the Indonesian budget carrier that rivals AirAsia, the region’s biggest low-cost airline. He is now known as a pioneer in low-cost. Check out his top facts below. 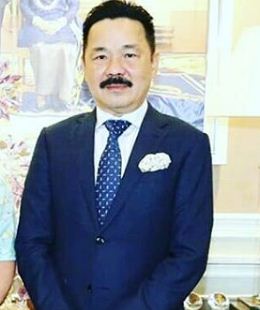 #1 He was born into a family of merchants

Rusdi Kirana who was born on August 17, 1963. The 55-year-old is described as a humble person and he’s said is because his parents educational background. His brother is Kusnan Kirana.

#2 He rose from humble beginnings

Once a wandering salesman for Brother Typewriters, he went from that to selling German baking ingredients. Next, he built a travel agency with his brother and in 2000 they launched Lion with $900,000 and a leased Boeing 737. Now, one of the world’s fastest-growing airlines.

Mr Kirana’s entry into politics was controversial saying, “Because I’m rich, I could join any party and people were shocked that, as a Chinese Christian, I joined an Islamic party,” he says. “I want to show to my country that we as a minority can’t just demand that we are accepted. We have to accept the majority.”

#4 He joined an Islamic Group

Mr Kirana, one of the 13 per cent of Indonesians who are non-Muslim, joined Islamic group — the National Awakening party — as deputy chairman in 2015.

Mr Kirana took the unusual step of building a township, Lion City, to accommodate staff near the main Jakarta airport. “After I gave them housing, they never ask for a higher salary anymore,” he says. “It’s a 10-minute commute to work, not several hours by bus or motorbike.”

He was appointed in the top job in May 2018 by President Joko “Jokowi” Widodo. Rusdi previously sat as a member on the presidential advisory council.

#7 Rusdi is married and is also a father

Along with his wife of several years, he is the father of three children, Dea Fleria Kirana, Dafin Putra Kirana and Denis Febrian Kirana. His wife works for Lion Grup in Singapore.

Rusdi’s Airline was banned from flying into European airspace until 2016. In 2004, flight 538 from Jakarta crashed and broke up on landing at Solo City, killing 25 people. In 2011 and 2012 a number of pilots were found in possession of methamphetamines, in one incident hours before a flight.

#9 There was another incident in 2013 but everyone survived

In 2013, Lion Air flight 904 crashed into the sea on landing at Bali’s International Airport. All 108 people on board survived.

#10 Rusdi is active on social media

Rusdi keeps an active Instagram profile where he has over 5k followers, you can check him out here.