Though she is best known as the mom of one of hip-hop’s most seminal and iconic figures, Shakur Davis also was a Black Panther as a young adult and an activist and philanthropist in her later years.

Reports indicate so far, there is no indication of foul play and it all point out she died of a heart attack.
Deputies responded to a family member’s call reporting “a possible cardiac arrest” at Shakur Davis’ Sausalito home about 9:34 p.m. Monday, the Marin County Sheriff’s Office said.
Shakur Davis was taken to Marin General Hospital, where she died at 10:28 p.m., the office said. An autopsy was scheduled for Tuesday.

Her influence on Tupac can’t be denied, and it could be felt in songs such as his 1995 hit “Dear Mama,” a tribute that describes his love and respect for his mother, despite his impoverished childhood and her addiction to crack cocaine.

Shakur, born Alice Faye Williams in Lumberton, N.C., changed her name when she moved to New York City and joined the Black Panther movement. She and other party members were arrested in 1969 and charged with conspiracy to bomb multiple city landmarks.

In May 1971, Shakur was acquitted on all charges after she represented herself in court while heavily pregnant. She gave birth to Tupac a month later.

After Tupac’s 1996 shooting death, Shakur took the helm of his estate, which earns more than $1 million a year. She has funneled much of the money to charity.

Shakur is survived by daughter Sekyiwa Shakur, 40, who was living on a nearby houseboat. A source told The News it was Sekyiwa who called 911. 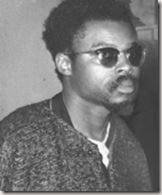 Lumumba Abdul Shakur was Afeni’s first husband. They were married from 1968 till 1971. He was a Black Panther member and the lead defendant in the Panther 21 case where he and 20 others, including Afeni, were convicted for allegedly plotting to blow up banks and department stores. He was found dead in Louisiana several days before his brother, Mutulu was arrested.

Billy Garland is Tupac’s biological father. He told the Daily News “Her contributions to this world will always be remembered. We weren’t really active in each other’s lives, but the pain is magnified when it’s the mother of your child.”

The New Jersey trucker, 66, recalled Shakur as a strong woman. He lamented their court battle after Tupac’s death in 1996, which ended with a judge denying his inheritance claim in 1997 because he contributed little to the superstar’s upbringing.

Billy Garland left Tupac and Afeni when Tupac was only 5. Tupac thought he was dead the rest of his life until he got shot in New York in 1994, and he visited Tupac in the hospital.

Billy Garland told XXL Magazine in 2012 that 2Pac was the product of a “short affair” that he had with Shakur after meeting at a Black Panther office.

Afeni moved on from Garland and was married to second husband, Tumulu Shakur, with whom she became a mother for the second time. The couple became parents to Sekyiwa Shakur, born in 1975. Afeni and Mutulu were together from 1975 until 1982.

Mutulu was sentenced 60 years in prison for being the brains behind a 1981 Brinks armed car robbery that killed 2 police officers and a Brinks guard. When Mutulu was with the family he and Tupac made up the “Code of Thug Life”, which was a list of rules discouraging random violence among gangsta rappers. Mutulu wrote Tupac a letter from prison the night Tupac passed away.

Mutulu Shakur’s brother Lumumba was married to Afeni. When Lumumba died he got together with Afeni and they got married. Tupac saw Tumulu as his father, they spent much time together until Mutulu was sent to jail. Mutulu was the only father figure Tupac ever had love for. 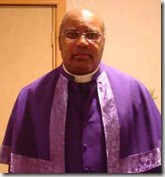 Davis is believed to be the third and last husband of Afeni Shakur. According to TMZ, they were in the midst of divorce after 12-years of marriage. Davis demanded half of the $20,000 Shakur took home every month.

Dr. Gust Davis is a pastor, he and Afeni had been living apart since early 2015, she filed for divorce last March, just weeks before her sad death.

Davis can be found on Facebook either as Dr. Gust Davis and also as, Prophet Gust Davis. He preaches at the Straightway Holiness Church of Deliverance in Bladenboro, North Carolina. Davis is a native of Bridgeton, North Carolina. During his marriage to Shakur, Davis regularly updates from events relating to 2Pac’s legacy.

Legendary rapper 2Pac was born in Harlem in New York City in June 1971 to Afeni Shakur and his father Billy Garland. Both of his parents were active in the Black Panther Party at the time of his birth. His parents never married. Later, Shakur would marry Mutulu Shakur, the father of 2Pac’s sister, Sekyiwa. 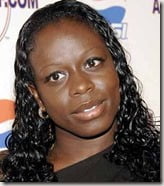 Sekyiwa Shakur was born in 1975 to Afeni and first husbands, Mutulu Shakur.

According to the state administrator, it is Sekyiwa Shakur who will likely take over the estate and foundation created in Tupac’s name. Sekyiwa Shakur is currently married to husband, Gregory Jackson. She appeared on Killa Tay’s album Snake Eyez on the track Coast Trippin. She is currently living with 2 children, Malik and Nzingha. Both of these children’s fathers are EDI from The Outlawz.

A movie about Tupac’s life, “All Eyez on Me,” is set for release in November. Afeni Shakur served as an executive producer for the film. RIP.