Kathleen Osta & Tony Smith are the proud parents of Addison Osta Smith –the winner of the 4th season of MasterChef Junior.

Their 12-year-old daughter earned the $100,000 grand prize and became the first female champion of MasterChef Junior, as well as the youngest to take the crown back in 2016.

Addison’s mom and dad have definitely contributed to Addison’s success. Her mom first spotted an ad for an open call for MasterChef Junior and her dad drove her for the audition.

Now Addison is doing it again, putting herself ‘out there’ as one of 12 celebrity kids competing on “Dancing with the Stars: Juniors.” But did you know who exactly her parents are and what they do? 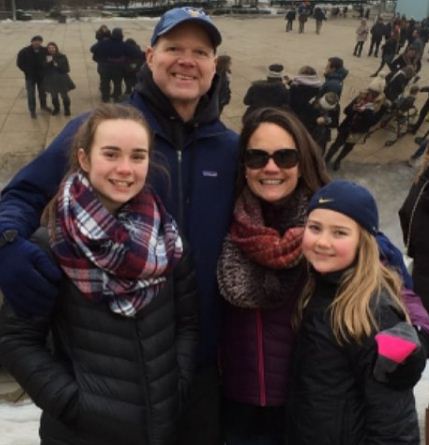 Kathleen Osta, an Oak Park native is Senior Director at the National Equity Project. According to the website, Mrs. Osta has provided coaching and training to education and community leaders for over a decade.

She previously worked as a social worker in Chicago where she led the development of school community partnerships focused on academic and socio-emotional development of children. According to her LinkedIn, she holds a Bachelor of Arts from The College of Wooster. She also holds a Master of Social Work from the University of Chicago.

Her father also happens to be a hot shot. Tony Smith –a California native –is the state superintendent of education for Illinois and has been since 2015. He previously ran the school system in Oakland, Calif.

Dr. Smith earned his bachelor’s degree in English in 1992 from the University of California, Berkeley, where he was captain of the football team. He went on to earn his master’s and doctorate degrees in the Division of Language, Literacy and Culture from Cal’s Graduate School of Education.