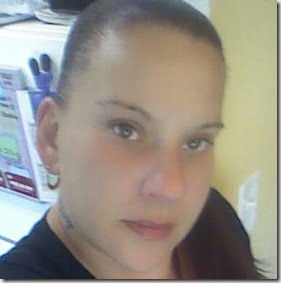 Meet Yolanda Ostoloza also found as Yolanda Ostolaza, she is the mom busted for allegedly putting her 15-year-old daughter up for the highest bidder! The heartbreaking fact is hard to understand for most people but this is a reality and as much as we would like for it to be fiction just like in the movies, it is not.

Yolanda was born in 1974 originally from Puerto Rico. According to her social media info, she is currently based in Palm Bay, Florida. She has worked for “Stavros” in Worcester, Mass.; and at “Life Care home Health Services” in Florida.

The 39-year-old was arrested and charged as part of a high-priced Asian prostitution ring that was hoping to cash in on the Super Bowl. She along with other woman are facing charges, including endangering the welfare of a child and promoting prostitution, sources said. There is also a male accomplice who is still being sought by police.

She admitted Thursday to bringing her 15-year-old daughter to New York to pimp her out to Super Bowl fans. Detectives caught the pair by pretending to be johns looking for *** online, and agreed to meet the girl at a Hilton in Midtown to pay $200 for an undisclosed *** act.

“We came up here to work and make money with a pimp,”  “I knew it was for escorting and prostitution.”  “I thought my daughter was just going to do the fetish stuff.”

According to her Facebook, she is the mother of 3 daughters. 15-year-old twins and a toddler, all pictured below with Yolanda. Both of her teenage daughters have either lived or worked in Massachusetts, but have listed Paterson, New Jersey as their hometown. Yolanda booking records say she was arrested Jan 29th, a Manhattan Criminal Court judge ordered Ostoloza held in lieu of $2,000 bail on Wednesday. She was taken to RMSC (Rose M. Singer Center). Her next court date is February 3rd.