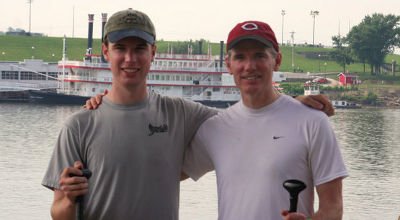 Rob Portman, one of the men “in office”, Ohio’s Senator to be exact talks about a very private part of his life, showing off above anything else, a comprehensive man who is well committed to his family.

The Portman’s have three children: Joseph Dudley “Jed” Portman, William Dudley “Will” Portman, and Sarah Dudley “Sally” Portman. Ok I really applaud the Senator’s reaction specially when being as conservative as he is; he had to consult some higher powers to get to his final stand on the matter, for the last two years he talked to members of the clergy and friends. 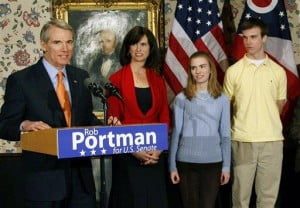 To this son Will when he first came out on saying he had always been gay the sen. had nothing but support; most parents seem to be in denial when having to face this type of situations and we have to remember most and for more, just because someone has a different sexual preference it doesn’t mean that person stops having feelings and rights just like any other. Senator Portman could have easily like many other parents reject the idea of having a gay son, specially in his position! He is no “john doe” he is a public person and even more involved in politics!

And now just to show his son love and support he is even changing his stands on the same ***- marriage issue, well it kind of makes sense right!

Will Portman a 21 year old first had “the talk” with his parents two years ago while he was a freshman at Yale University. Twitted today:

The reason? His father announced on a special interview he was in favor of same-*** marriage, saying he wants his children to have the same opportunity of having a family like the one he has had for the past 26 years. I don’t know about you but this is pretty awesome to me sticking up for his son like that and saying something very valid.

Senator Portman could really be making history here, while at congress the man backed up a legislation in 1996, the Defense of Marriage Act which his reversal makes him the only Senate Republican to openly back gay marriage!

But now for obvious reasons he is having a change of heart.luckily for some fellow senators Rob Portman’s strengths focus on economic issues.

Anyway Will must really feel happy now that his father came to this conclusion and announced his decision.

You can follow Will Portman on twitter here, among his interest we can see international development, prisons, Latin America and kayaking on his page.

After the announcement of his father Will has become an instant viral sensation going from a few hundreds of followers to a couple of hundreds.