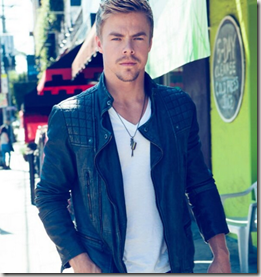 All eyes are on one of the favorite couple’s to win this season of DWTS, they are 28-year-old choreographer Derek Hough and partner Amber Riley. Last week, Amber and Derek scored perfectly on the dance floor, and Derek wants to use this momentum to their advantage for the finale!

But in our minds they are already winners, so what we want to know is, who is the new love interest of the hottie, blonde, dancer?

Last month USMag gave us the sad news of his last known love interest, A little less than two weeks after their first public date, the Dancing With the Stars pro and girlfriend Nina Dobrev have split, sources revealed the last month’s issue of Us Weekly.
Although it was said, the couple of six weeks — who hit up Universal Studios’ Hollywood Halloween Horror Nights in L.A. on Oct. 5 — decided recently that the relationship had “played itself out,” insiders revealed geography was a major factor, too: while Hough, is filming DWTS in L.A., the gorgeous Dobrev, 24, is shooting The Vampire Diaries in Atlanta, Ga.

Let’s do a little recap of his past relationships, shall we! Our hunk dated British actress India de Beaufort between 2000 and 2008, while he was studying with dance coaches in London. Hough who was supposed to stay only for a year spent a decade abroad. 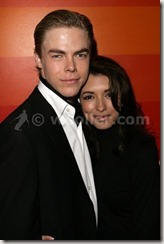 In 2008 he reportedly left India to start a steamy relationship with actress Shannon Elizabeth, yup the one from the American Pie movie. Derek Hough and Shannon Elizabeth became an item after they competed together in the sixth season of ‘Dancing with the Stars.’ They announced their split on Twitter in August 2009, but he said later that she’s “still my girl” and that the two keep in touch. 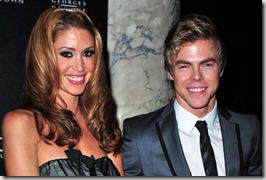 After Shannon it was the turn for the gorgeous Cheryl Cole. These two reportedly hooked up in 2010 after Cheryl got divorced. The “Dancing with the Stars” pro stayed by her side after she contracted Malaria on their trip to Tanzania in June. 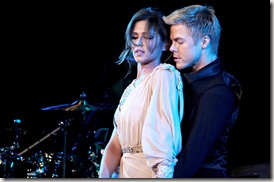 And last but not least, our girl Nina. The couple started dating in Sept. 25, 2013 after meeting through Hough’s younger sister Julianne Hough.

So who is he dating now?? Could he be single?? Is it too soon?? Is Is his dance card taken already?? Well he hasn’t say anything about it just yet, but follow him on twitter and we’ll find out sooner or later!