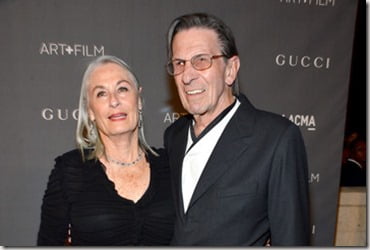 Having been in the industry for over 50-years her hubby has gone through many professional stages adding also to his talents, film directing, poet, singer and photographer.

Her famous husband was previously married to actress Sandra Zober (1927–2011), the couple married in1954 and they divorced in 1987. Susan and Nimoy then tied the knot in 1989, they honeymooned in Europe and Lake Tahoe.

Susan has also been hitched twice herself.  Before becoming Ms. Nimoy, she was married to John Schuck from 1978 to 1983. Both of her husbands have appeared in the Star Trek films. During her first marriage she became the proud mother of one child and became the stepmother of Nimoy’s children, Adam and Julie Nimoy.

The 70-year-old is the cousin of movie director/producer Michael Bay and although she doesn’t have her husband’s outstanding TV credits, she is known for her work on The Big Mouth (1967), Mother and Child (2009) and The Skydivers (1963). 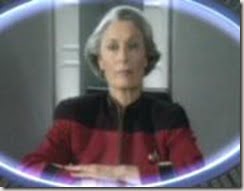 She also played the role of Admiral Rollman in the Star Trek: Deep Space Nine episodes “Past Prologue” and “Whispers”.

The 2007 production of Shakespeare’s Will by Canadian Playwright Vern Thiessen was directed by Susan Bay.

She often works with her husband in his photography and she and hubby were major supporters of the Observatory’s historic 2002–2004 expansion. They both continue to support the arts with generous financial gifts from the Nimoy Foundation.

Unfortunately, we’ve learned her 82-year-old husband, has revealed that he is suffering from a potentially fatal lung disease. The star tweeted