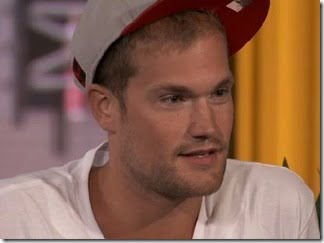 If for us as fans and the rest of the world there is still that feeling of disbelief and shock on the sudden death of Glee star Cory Monteith can you imagine his family members shock?? Cory’s cousin, Richard Monteith was the first to share his thoughts about his dear cousin passing.

As we’ve heard Calgary-born Cory, who played heartthrob Finn Hudson in the hit musical show Glee, was found on Saturday in his room on the 21st floor of the Fairmont Pacific Rim in Vancouver, after missing his checkout time; the actor was found by hotel staff.

Richard Monteith had nothing but the most beautiful words to describe the person his cousin was, he not only said his cousins was his hero but also shared how he found out about the terrible and devastating news. Richard shared how completely taken off he is by Cory’s death saying how his cousin was a the top and how big of an impact he was to his life;

“It was heavy because he’s my hero and he’s my inspiration to be better. Even though he’s not here he’s still here though and even though he’s gone he’s not gone because his light still shines in me and in his family and in all his fans.”

“He’d do anything for anyone; he’d give you the shirt off his back,”

“He told me no matter how long your tunnel is – they call acting, singing or professional sports a pipe dream – just know that how matter how long that tunnel is, there is a light at the end of the tunnel. He was that light for me.”

During the emotional interview just a day after Cory’s death, Richard shares with the world and fans how his cousin might have started rough but left us with this great message his life became; almost like landing the biggest role of his career reflects what he wanted people to know about him.

But Richard is not the only one talking great things about this young life gone too soon, a statement from the Glee executive producers, 20th Century Fox TV and Fox Broadcasting read:

“We are deeply saddened by this tragic news. “Cory was an exceptional talent and an even more exceptional person. He was a true joy to work with and we will all miss him tremendously”

As well as a representative for Lea Michele, who was dating Cory, has also issued a short statement for the star who is said to be inconsolable.

Our thoughts go out to Richard and the rest of Cory’s family at this difficult time.