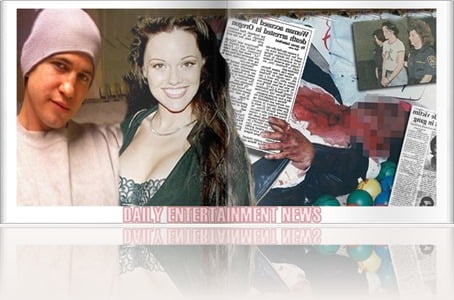 Anna Benson didn’t look anything anything like the short hair girl seen in the news back on June 26, 1996 when she was known as Anna Lisa Adams Warren, a 20-year-old girl who once live with her also 19-year-old boyfriend Paul Anthony Dejongh who along her face first degree murder charges for the brutal crime of Michael Harold Evans, 18, found fatally shot inside their Walker Springs apartment on January 21, 1996. Anna was arraigned at Knox County Criminal Court on June 24 while Dejongh remained at large. He was arrested in Atlanta in August and charged with first degree murder, the trial court imposed a sentence of life imprisonment in January 1998, but the verdict was overturned on appeal on February 16, 1999. Peter A. Dejongh later pleaded guilty to second-degree murder and was sentenced to 21 years. 37-year-old Paul Anthony Dejongh was born on March 10, 1976 in Atlanta, Georgia, he was dating Anna Warren now Anna Benson in 1996, the two lived in apartment K7 in the Walker Springs Apartments along Holly (Martin) Dailey and Floyd Anderson Petgrave when he fired two shots in the head of Michael Evans on January 21, 1996. Both Dailey and Petgrave described Dejongh as a very violent and aggressive person. He died in prison.

All charges against Anna were eventually dropped but in the mind of Michael Evans Jr. parents Michael H. Evans Sr. 60, and his wife, Romaine, 55, Anna Warren aka Anna Benson has a part in the murder of their son. Mr. Evans a  Nuclear Engineering from the University of Maryland is the founder, President & Chief Executive Officer at GEM Technologies where his wife serves as VP.