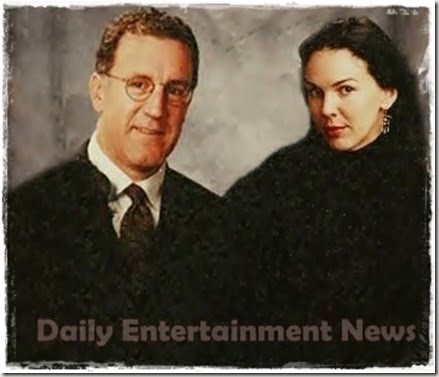 The shock of the sudden death of prominent fashion designer, 49-year-old L’Wren Scott has the industry still in disbelief and is specially hard for those close to her. One of those is older brother, Randall, who grew-up with her in Utah.

Randall “Randy” Bambrough from Utah, is the first child, Mormon couple Ivan and Lula Bambrough adopted after trying unsuccessfully to have children of their own.

His parents, Lula and Ivan Jonathan Bambrough, adopted and raised three children in total. Randall was the only son out of the three children. Then came sister Jan Bambrough also known as Jan Shane and the youngest, Luann Bambrough known as the late model and fashion designer, L’Wren Scott.

Randall’s parents  Lula Randall Bambrough was born on December 8, 1924 in North Ogden Weber county in Utah, her husband Ivan Jonathan Bambrough a World War II veteran  with the U.S Navy was born on October 15, 1925 in Clearfield. 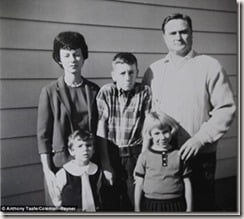 He and sister Jan grew up to be normal people if you will, far from the Hollywood glamour their little sister so much dreamed of to be, and managed to live her dream.

The whole family was photographed for their parents 50th anniversary in 1998, and the tall and leggy L’Wren clearly stood out.

58-year-old Randy followed into his father’s footsteps and became interested in accounting, now he holds an impressive resume. Randy like her siblings graduated from Roy High School in Roy, Utah; he attended Brigham Young University where he studied Business management. He also has a bachelor in Accounting from Weber State University. Later he went to Utah State University for his MBA. He earned a Doctor of Management from Case Western Reserve University and a Post-Doctoral Bridge from the University of Florida in Finance and Accounting.

According to his professional profile Randy is the CFO at TechMedia Network as of last year. He is responsible for all financial oversight for the company. Prior to TechMedia Network, Randy served as CFO of NextG Networks, and played a vital role in the acquisition of the company by a private equity/venture capital syndicate.

Prior to that Randy served as CFO at InterVideo, Inc., a DVD software provider. He guided InterVideo through their initial public offering. InterVideo was later acquired by Corel Corporation.

Prior to InterVideo, Randy served as Vice-President of Finance at Optibase Ltd., a provider of digital media transmission devices.

Prior to Optibase, Randy served as CFO of ViewGraphics, (which was later acquired by Optibase), CFO and cofounder of Decide.com, a consumer web site for wireless and other telecommunications products and services, and CFO of Castelle.

He has been a Lecturer in Finance at the Leavy School of Business at Santa Clara University.

Randy is married to Susan Bambrough and belongs to the The Church of Jesus Christ of Latter-day Saints.
Randall’s youngest sis will be remembered and surely missed, our thoughts and Prayers go out to his family.