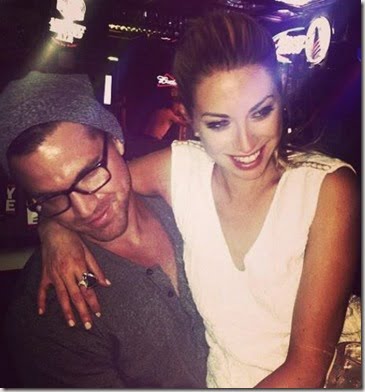 As we heard earlier this week, reports said the blonde was let go from the show, Lisa Vanderpump herself told TMZ Stassi is moving on and that both sides agreed it was the right time for her to go.
Apparently Stassi’s attitude through Season 3 was just too much and today her former co-star, Peter Madrigal reveals she went as far as calling Lisa V. “old” as a result she’s not only off the show, she’s out at all of Lisa’s restaurants too.

But this might not be such a bad news, after all Patrick and Stassi can now spend more time together. The couple has been dating for almost two years, and she even told Andy Cohen on the Vanderpump Rules reunion: “I’m in love. I’m really happy. For the first time, I feel like this is what being in love is supposed to feel like. This person makes me realize that all those other relationships were just getting me to him” Patrick used to host a Sirius XM Show Called “Cocktails With Patrick” that is also the name of his Facebook page. Stassi revealed she was a fan of Patrick even before meeting in person, so she reached out to him one day via Twitter, he answered and two weeks later she flew to N.Y to meet him and it was like “magic” she said. Don’t you think Patrick’s face is a waste to  be on the radio? Anyhow, his newest show calles “The Wrap” on Mad Dog Sports Radio. Not much more details are out there about the hunky radio personality, he never even appeared on the show, so we are pretty sure he won’t be missing it.