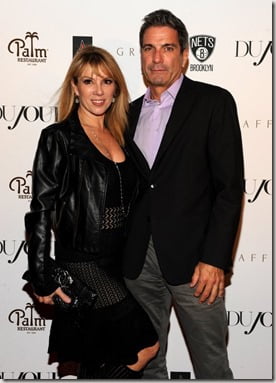 Oh-oh! We have a separation going on in the reality TV world! It turns out the picture-perfect family portrait of RHONY’s Ramona and husband Mario Singer has unfortunately crumbled!

Online reports keep on buzzing with the news, about the sad split, apparently Mario has been seeing someone else for close to a year! But sources say the final “Adios” “literally happened within the last few days,” despite Mario’s other relationship (and months of tabloid speculation that he was cheating).

Although The Singers have not taken any steps toward divorce yet at this time, source say that Mario has been dating 27-year-old Kasey Dexter for about a year after meeting through mutual friends.

As a husband of Ramona, he has been featured on the show since the first season of the reality series. One known for being the handsome and supportive husband Mr. Singer shares a daughter with Mrs. Singer; Avery, who is in her first year of college. He has had multiple disagreements with other “Real Housewives of New York” cast members and their husbands. He has been engaged in a feud with cast member LuAnn de Lesseps, for much of the series, and used to keep a blog about the show and its cast members for BravoTV. Born in 1954, the studly Italian is the vice president of Classic Medallics and Frederick Singer & Sons. The company was first founded in the 1940s under the name of “Frederick Singer & Sons” by Mario’s grandfather. At the time, they specialized in making religious gifts, but have since moved into the world of trophies, awards and medals. Check out Classic Medallics website and see the cute photo of Mario posing with his grandfather and dad!
Mario also co-founded True Faith jewelry in 2005 with his wife. The company specializes in religious jewelry, such as rosaries, baptism accoutrement, as well as secular items such as military and celtic-themed jewelry. The 60-year-old and Ramona 57, have been married for the past 27-years and even  had a vow renewal. But all that is in the past as online sources say the soon to be ex-couple had a fight where police was called just a few days ago.

Meanwhile, Mario’s wife is back for a sixth season of The Real Housewives of New York City, premiering March 11 on Bravo. She remains the show’s only star to be a lead Housewife throughout the entire run. Make sure to tune in!