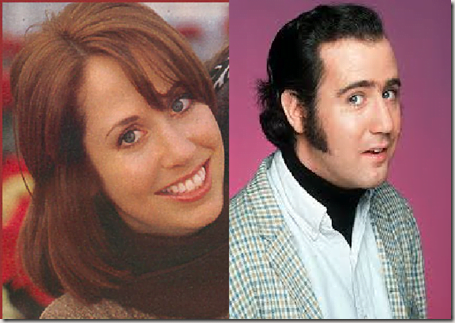 Maria’s story begins as if it was a T.V or film story, something that just wasn’t real. Born in 1969 out of wedlock to a high-school girlfriend of Kaufman’s, she was placed for adoption but in 1992 she learned where she really came from.

She describes growing up in a “very strict, traditional” blue-collar home.” She was adopted by Paul, a landscaper and night watchman, and Martha, a housewife. She was always told she was special for the fact that she always was aware she was adopted.

Growing up she was a creative, athletic type but in her own words, she

“always felt I was different from the people who were bringing me up.”

According to a people.com article from 19995. Like many adoptees, Bellu, a 25-year-old radiation therapist who still lives in Roslyn, was fiercely curious about her birth parents. Four years ago, “prepared for the worst,” she set out to learn who they were. About the last thing she expected was to discover that the man from whom she inherited her ice-blue eyes and dark hair was Andy Kaufman! Bellu had barely heard of Kaufman, let alone his signature character. 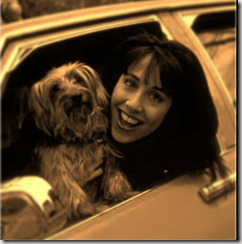 In the early stages of her discovery Maria became very close to Andy’s father, Stanley Kaufman, a retired businessman; and to Andy’s siblings, Michael, a New Jersey executive, and Carol, a housewife.

Maria even participated at Kaufman’s friend Bob Zmuda’s taping of NBC’s A Comedy Salute to Andy Kaufman at the request of her uncle Michael, she was flown to L.A to help give the sign-off.

But the road that lead her to learn the truth was even more difficult than her won reality, her adoptive mother who died when she was only 12, gave her few clues and drifted apart from her adoptive father when he remarried years later.

As a radiation therapy student at Nassau Community College in 1992, Bellu was assigned course work at North Shore University Hospital in Manhasset, N.Y., where she had been born in 1969.

“Since I was at the hospital,” she says, “I decided I’d better do some searching.”

She reveals. After successfully petitioning the state to divulge her birth surname, Bellu looked up hospital records for July 19, 1969, and when she finally found her mother who turned to be a 43-year-old administrator living in San Francisco, at the time; her mother revealed that she had been a 17-year-old who had just broken up with her 20-year-old boyfriend (a college student in Boston) when she discovered she was pregnant.  Then began a search for Andy’s family. Looking up his obituary led Bellu to the rabbi who had officiated at his funeral. Her quest culminated in a 1993 meeting in Manhattan with the comic’s widowed father. She had quite a journey to get the answers she was looking for, saying

“To this day, it just blows me over, because I never thought it would work out so well. I was really lucky,”

Recent repots say Maria’s uncle, Michael Kaufman introduced a woman claiming to be his niece on stage at the Andy Kaufman Awards on Monday! Could this be Andy’s second daughter and Maria’s sister?

Report claiming her father faked his death are circling around and the woman has been revealed to be New York actress Alexandra Tatarsky.

The Smoking Gun said the 24-year-old was approached by Michael Kaufman to play his niece and her father is in fact a doctor in Manhattan.
So, as far as we know, Maria Colonna is Andy’s real and only daughter. Maria is said to be married to Joe Colonna who is an insurance salesman.