Is that time of the week! You got it! Celebrity Wife swap is on tonight and as usual it brings an interesting mix of couples! Former 90s singer Cece Peniston and Marcus will trade places with former child actress, Kellie Williams and her man.

While D.C. native Williams is happily married and has two children with hubby Hannibal Jackson, Cecilia “Cece” Peniston lives in Arizona with Marcus and his teenage daughter.

So who is this guy Marcus?

ABC describes him as Peniston’s fiancé, revealing their strict lifestyle when it comes to diet and exercise plans. Marcus resides in Arizona with his daughter where they are also joined by Cece.

Singer and former beauty pageant winner, CeCe began her recording career, after she graduated from Phoenix College, at A&M Records with her debut album, Finally, selling one million plus copies and achieving U.S. RIAA GOLD certification. Her first single, “Finally”, achieved Billboard #1 Pop chart status and has sold multi-platinum worldwide, in addition to being featured on more than thirty compilation albums.

She has been asked to reform for major artists including Aretha Franklin as well as for Pope John Paul II at the Vatican. 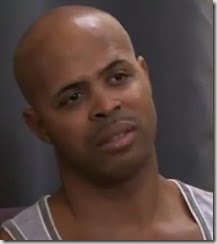 CeCe has been married twice, first to Malik Byrd from 1992 – 1993. Malik and CecE worked together on the lyrics of the song “Inside That I Cried.” In 2003 she tied the knot for the second time to Frank Martin –a real state guy, they split in 2011.

She and Marcus are currently engaged, so who knows, will the third one be the charm one for CeCe? Is no secret the 46-year-old who keeps active in the business likes to look good and boyfriend Marcus seems to be the right fit; as shown in the video below he enjoys working out with his gal and makes sure they stay in shape! There’s not much more about Marcus but all that will change tonight.

Will CeCe be able to keep up with cooking and watching after two kids? Will Marcus snap at Kellie Williams? Watch it all go down on Celebrity Wife Swap!