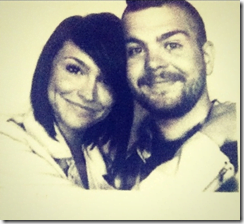 Sad news for the Osbourne couple! Lisa Marie Stelly and husband Jack Osbourne who just a month ago announced the happy news of expecting their second child after learning Lisa was pregnant, have confirmed the sad news of the miscarriage, Jack’s wife suffered last week. She announced in her most recent blog post with yesterday’s date, Unfortunate Announcement and it reads:

I have been dreading this announcement…. I needed some time before being able to say it. Jack and I lost our baby boy last week. Having a late term miscarriage is by far the hardest thing either of us have ever had to go through. We appreciate all of your prayers and ask for privacy and respect during this time. It’s important to stay hopeful and optimistic through life’s toughest moments. We never know why things like this happen. All we can do is trust in God and know he has a plan for our lives.

26-year-old Lisa and Jack have been married for nearly a year, the couple tied the knot following their courtship of a year and a half in Hawaii on October 7, 2012 and had their first child on April 24, 2012 a baby girl named Pearl Clementine Osbourne. 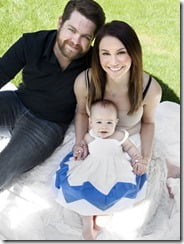 Lisa’s hubby, Mr. Osbourne on a side of being son of of rock legend Ozzy Osbourne gained fame on the 2002-2005 hit MTV reality series “The Osbournes,” which followed the lives of his father, his mother Sharon Osbourne, as well as his sister Kelly, with whom Jack frequently quarreled.

Since the show ended, news reports said Jack had gone through a life changing period and has worked as a music talent scout for Epic Records and produced a documentary about is father titled “God Bless Ozzy Osbourne.”

Gorgeous Lisa, although lacking the famous heritage of her man has done some work in the industry, including credits in 2009 “Passed Over,” 2010 “Green Day: 21st Century Breakdown” and 2011 T.V series Howard Stern on Demand. Now that she is a married the once aspiring actress and model who was born March 4 1987, could not be more far away from the Hollywood scene and seems such a down to earth young woman. Now a days she spend her time blogging, sharing her view as a modern wife and mother on her blog “raddestmom.com” She seems to be your girl next door and likes the most common things like enjoying a movie, going to the park and the farmers market!

The “DIY lover” has been a great support for Jack, last year he was diagnosed with MS but Lisa and baby Pearl have been a great source of support for the 27-year-old so much that he will be a contestant on season 17 of “Dancing With the Stars.”

Lisa lives with Jack and little baby on her little village at East side of Hollywood.

We wish the couple the best and Lisa for a speedy recovery!