News Anchor, Keith Jones is the boyfriend of former pageant queen, Cara McCollum. Just like his gal, Keith Jones is not a new face. You’ve probably seen him reporting on NBC.

Keith Jones’ 24-year-old gorgeous girlfriend was in critical condition after sustaining injuries in a car crash. According to police records, Cara lost control of her Ford Mustang along Route 55 in Salem County, State Police said.

They added that Cara wasn’t wearing a seatbelt — was believed to be driving too fast on the rain-slicked roadway when the crash occurred. Her car spun off the right side of the road and struck a number of trees before coming to rest at the bottom of an embankment. 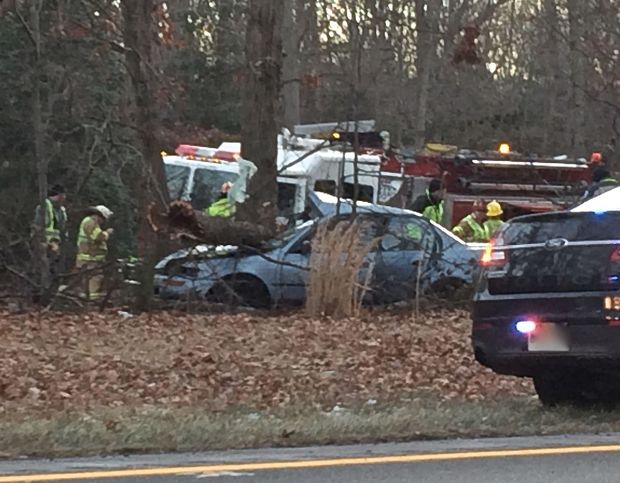 Cara McCollum was crowned Miss New Jersey 2013. She competed in the 2014 Miss America pageant. The Arkansas native who graduated from Princeton University last summer, is currently an anchor on SNJ Today, a TV news show serving the southern Jersey area.

The Emmy winner News Anchor at NBC10 Philadelphia, is also a reporter for WCAU in Philadelphia, Pennsylvania since July 2012. He anchors NBC10 News at 5, which airs Monday through Friday from 5pm to 6pm. He also files reports for NBC News. 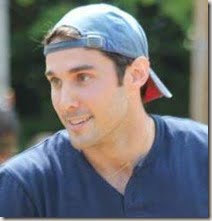 According to  his social media pages, before joining NBC, Keith Jones was with WTAE, the ABC affiliate in Pittsburgh, Pa., where he spent two years as an Anchor. Prior to that, he fulfilled the same role at WHSV in Harrisonburg, Va.
Jones has distinguished himself as a solid reporter, covering Super Bowl XLIX live in Phoenix, Arizona, the U.S. Open at Merion Golf Club, the NCAA Men’s Basketball Tournament in BUffalo, NY, the trial and conviction of former Penn State assistant coach Jerry Sandusky inside the courtroom, the London Olympics, the 2008 and 2012 presidential campaigns, and Super Bowl XLV.

Keith Jones is one of those guys passionate about what they do. Since his days in college he’s been setting the part. A native of New Egypt, New Jersey, he earned a bachelor’s degree in communications and minors in philosophy and journalism from Villanova University. An avid sports fan, Jones once interned in the NBC10 Sports Department and was a team managers for the Villanova Wildcats basketball team. 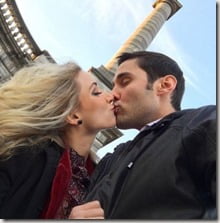 Keith Jones also shares his love for his profession sharing his wisdom as an Adjunct Professor of Broadcast Journalism at Villanova University. According to his extended resume, Jones also serves on the Board of Directors for Main Line Deputy Dog, a nonprofit dedicated to helping people with physical challenges or mental health concerns train their own dogs to be fully-certified service dogs.

When he is not reporting or spending time with lovely Cara, he enjoys playing the guitar and piano, as well as exploring the local restaurant scene.

Just a couple of weeks ago, , McCollum posted photos of her and Keith Jones out ice skating at the Blue Cross RiverRink on the Delaware Riverfront.

Cara McCollum, died from her injuries on Monday at 4:31 a.m, the group Prayers for Cara as well as her  boyfriend Keith confirmed the news and said Cara’s organs will be donated. 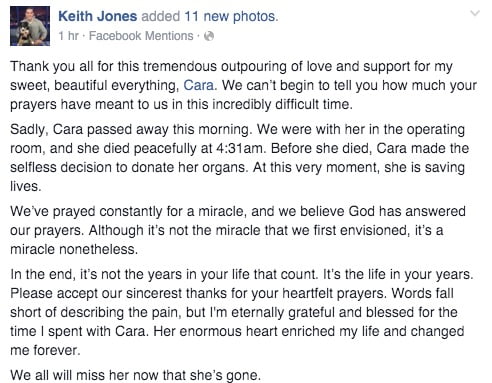 Our thoughts and prayers go out to Cara’s family, her boyfriend Keith, friends during this time of mourning.