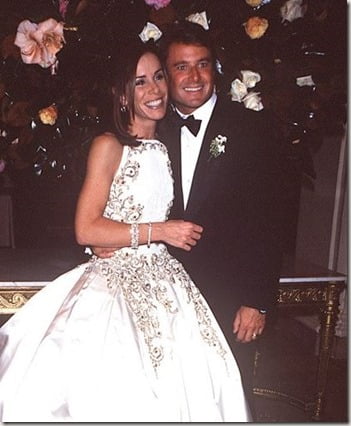 “My mother’s greatest joy in life was to make people laugh,” Melissa Rivers said. “Although that is difficult to do right now, I know her final wish would be that we return to laughing soon.”

The 46-year-old producer, who is Joan’s only child from second marriage to Edgar Rosenberg has a work ethic she appears to have inherited from Joan, whose own career was celebrated till the end.

The mother-daughter duo worked together both on Fashion Police and on their own reality show, “Joan & Melissa: Joan knows Best?”

Melissa thanked her mothers fans and friends whose messages of support poured in since the news broke. Read below more about, Joan River’s only child. 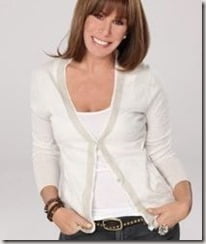 PinRivers married horse trainer John Endicott –at the time she was 31 and he was 32 –in December 1998 at New York City’s famed Plaza Hotel in an extravagant $3 million Dr. Zhivago-themed winter wonderland wedding.

Joan Rivers went all out for her only daughter’s wedding to horse trainer John Endicott on Dec. 12, 1998, hiring event-planning guru Preston Bailey to create a Dr. Zhivago-inspired winter wonderland inside Manhattan’s tony Plaza Hotel, replete with 25,000 white roses, hydrangeas and lily of the valley, and 100 birch trees — a breathtaking setting that would be the benchmark for all future wedding “winter wonderlands.” But it wasn’t all pomp and circumstance on Melissa Rivers’ big day: Hilariously, her mother Joan took her unaccompanied walk down the aisle as the New York City Gay Men’s Chorus belted out the Broadway tune “Hey, Big Spender.” The ceremony was officiated by a minister, a rabbi, and a U.N. chaplain, and the 31-year-old bride wore an ivory satin Vera Wanggown, accented with a sable ****. Footmen in powdered wigs greeted 350 guests, who dined on lobster, Angus beef, and a five-tiered Sylvia Weinstock carrot cake. 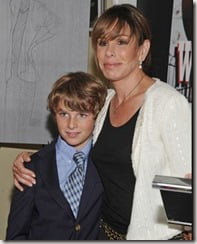 Endicott and Melissa –who was a serious equestrian who spent almost every weekend competing as a jumper –met in 1993 at a horse show in Palm Springs, Calif.

Endicott was described as a horse trainer/breeder and the owner of Apollo Farms in Calabasas, Calif., He travels the world buying and selling show horses. ”I love looking at horses,” he said. ”It’s like looking at furniture or art.” 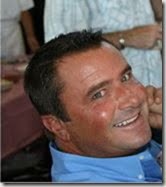 John Endicott founded Apollo Farms, Inc., in 1993. Apollo Farm’s sole business focus is selling top quality show jumpers. John successfully works with owners and trainers, sellers and buyers as agent either on the selling or buying end. John actively participates matching a horse with a rider’s ability, and is highly respected for his deep knowledge of horses, his ability to work well with people, and his commitment to excellence. Over the years, John has carefully and thoughtfully hired staff capable of supporting and complimenting Apollo Farms’ mission to be the foremost sales barn in North America.

The two fell quickly in love. ”About four or five months after they met, he decided to move up to L.A.”

They divorced in 2003. She has one son from that marriage named Edgar Cooper Endicott (born in 2000) who is featured with Rivers and her mother in the reality show Joan & Melissa: Joan Knows Best?

Rivers was in a relationship with sports coach Jason Zimmerman –a former tennis pro who works in finance –from 2008 to 2012.

We send Melissa and the rest o her family our deepest condolences.