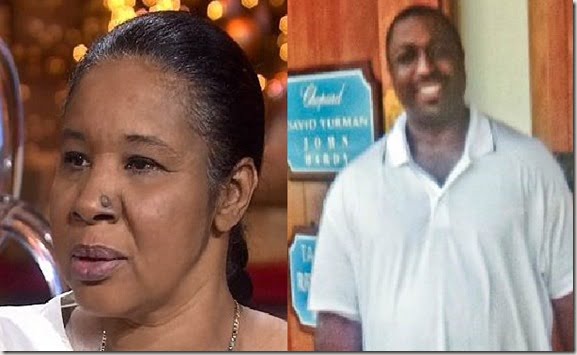 PinThere has been no shortage of community outrage in the days since the death of Eric Garner, a 43-year-old father of six suspected of selling loose cigarettes, during a violent, videotaped arrest in Staten Island back in July.

Following the Staten Island prosecutor announcement that the cop who killed her husband would not be indicted, his widow, Esaw Snipes has broken her silence, saying she feels hopeless. 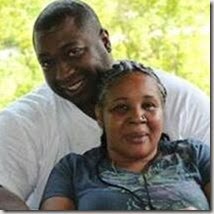 After she appeared on Wednesday’s press conference in which she lashed out at officer Pantaelo she added ‘As long as I have a breath in my body, I will fight.’ 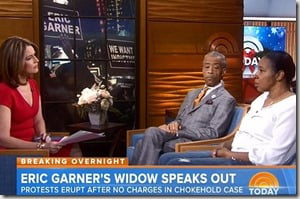 She made a shocking admission on Sunday saying emotionally the death of her husband wasn’t  “a black-and-white thing,”

Esaw has been making demands along with others, for the civil-rights investigation announced by US Attorney General Eric Holder last week. She told NBC’s “Meet the Press.”

“I really don’t feel like it’s a black-and-white thing. I feel like it’s just something that he continued to do and the police knew. You know, they knew.”

46-year-old Snipes also has revealed details about her late husband saying “He tried working with the Parks Department. But he had asthma. You know? He had issues. You know? Heavy guy. 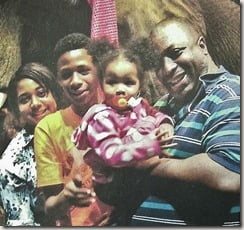 She assured and was adamant her husband never resisted arrest saying 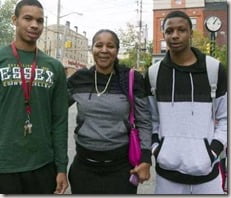 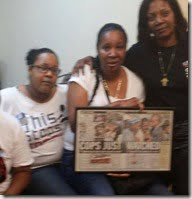 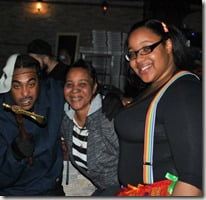 ‘The time to apologize or have any remorse would have been when my husband was screaming and he couldn’t breathe,’