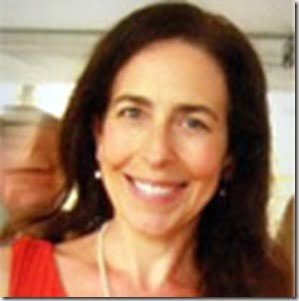 Meet Louise Silberling, the resident of Ithaca, NY who is being sued by prominent New York architect John Wender! We’ve said it before and we’ll say again, **** hath no fury like a woman scorned!

According to reports Louise who is a respected writer, Researcher, Editor, Translator at Cornell University and Freelance! was dumped by Wender in March 2011, and she was clearly upset!

Silberling posted a series of articles and poems online that allegedly defamed Wender, of architecture firm Bartolone Wender Architects. Wender, 53, is seeking up to $1.25 million in damages in the Manhatten Supreme Court after being “irreparably harmed” According to the New York Daily News.

Wender, contacted by the New York Daily News at his luxury home, said Silberling is

“insane.” “She went to my high school,” he said. “We only went on three dates. Many of Louise’s posts are accompanied by pictures Wender, along with unidentified people engaging in ****** bondage acts. In one posting tendered to court, Silberling stated that Wender engages in “animal role play”. In another she criticises Wender’s “tiny STD infested weiner”.

Then on johnwenderliar.wordpress.com, he is described as: “A pathetic little gnome. Cheater, liar, liar, pants on fire. He thinks he’s so irresistible but he’s ancient, he smells foul, he’s got herpes (watch for those sores on his lips ladies!) and he has the smallest p**** I’ve ever seen. I was in shock when I saw it but felt sorry for him. A pity f*ck by definition! His pubic hair is white like Santa Claus. He may dye his hair but he doesn’t dye his hair below. EEEEEEEEEEEEW! He gave my friend herpes and more. Good catch ladies!”

The defamation lawsuit against Louise was filed Tuesday in Manhattan Supreme Court. The editor at Cornell University’s Philosophical Review, has actually an impressive resume. She attended The Putney School. Speaks Portuguese, French and Spanish; she has School years abroad in Switzerland and in Spain. Also attended Harvard University for Study of historical linguistics.

She has a Bachelor’s degree from University of Wisconsin-Madison in Latin American Studies; a master’s from Cornell University where she was trained in international development, sustainable development, community conservation, land use planning, conservation biology, anthropology, economics, communications, city and regional planning.

On her personal interest section, she says

Silberling’s list of publications include several articles for UNESCO, to see a full list of her published work you can go here.

Could her pieces on her ex-boyfriend John be also included as work? In any case, you can take a look here and here. She certainly put the effort.

You can also find her on Google + here.