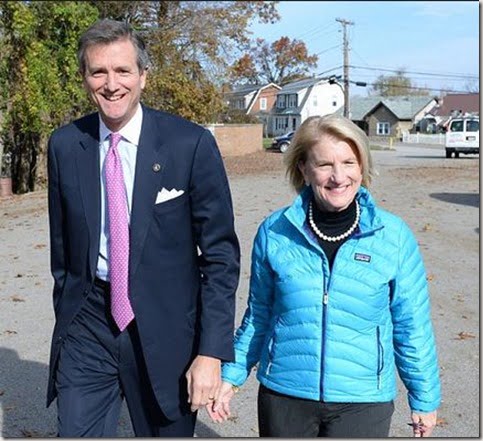 Charles L. Capito Jr.; is the husband of Shelley Moore Capito; his wife represent West Virginia’s 2nd Congressional District, she is the Chairman of Subcommittee on Financial Institutions & Consumer Credit and Senior Member of T&I Committee. Charles’ 60-year-old wife became as of yesterday, the first female senator in the state’s history.

Back in 2006, his wife, a four-term Congresswoman from West Virginia and the daughter of former West Virginia Governor Arch A. Moore Jr., acknowledged that she may seek higher office someday, that day has arrived. 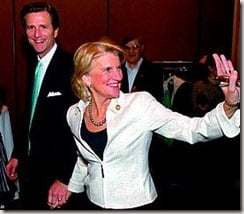 His wife of over three-decades, did admit she didn’t picture her life being involved in politics; after what looked like a planned life, college degree, a husband and children she stayed at home for the first 15-year of the marriage, until 1996 she ran for public office, feeling that she could make a difference in her state and try to make a better environment for her children to grow up in. 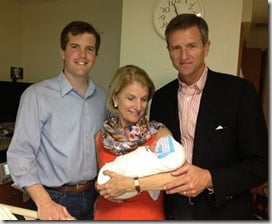 Charles on the other hand, earned his Bachelor of Arts degree from Hampden-Sydney College. He holds his Series 3, 4, 5, 7, 12, 24, 53, 63, and 65 licenses. He spent most of his career in West Virginia, for the past few years he has held positions for Smith Barney in Washington, D.C. and New York City. According to a report form The Journal, in 2009 he joined United Bank Inc. Prior to United he came from Smith Barney, where he had worked since 1976 in various sales and management roles.

At united he was named, executive vice president, director of business development.

The 60-year-old is actively involved in the community. Capito has served on numerous boards, including the Charleston Urban Renewal Authority, the Charleston Area Chamber of Commerce, the Charleston Rotary Club and the Business Industrial Development Council. Currently, he is a trustee for the University of Charleston and Hampden-Sydney College and is an advisory board member for The Greater Kanawha Valley Foundation. 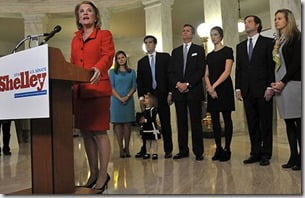 Charles L. Capito and his wife reside in Charleston. They have three adult children; sons Charles and Moore and daughter Shelley.

Charles and wife Shelley are also grandparents, their son Charles is married to wife Laura, the couple has two children, daughter Celia and son Charlie.

Moore Capito is married to wife Katie and Shelley Capito is the wife of Colin Macleod.

According to his daughter’s wedding announcement earlier this year, Charles L. Capito currently works in Charleston as a senior vice president and the complex manager for the securities brokerage division of Wells Fargo.

Find his wife on Facebook here and see more pictures of Mr. Capito.