Legendary actor Abe Vigoda has passed at age 94. According to reports The Godfather actor died of old age.

Abe Vigoda is survived by daughter, Carol Vigoda Fuchs. Abe’s death had been falsely reported many times in the past.

Carol’s father is well remembered for playing the role of Tessio in “The Godfather” and also “The Godfather Part II.” On TV, he was known as Detective Phil Fish on the ’80s sitcom “Barney Miller.”

Abe Vigoda was married to long time wife, Beatrice Schy from 1968 until 1992. Together they are the parents of Carol Vigoda. The marriage of 24-years remained together until Schy’s death in 1992. 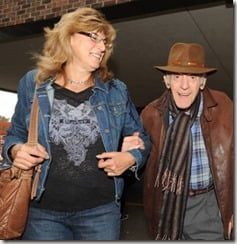 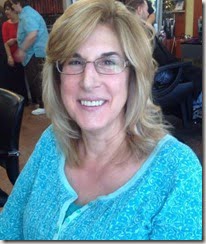 She’s worked at a cosmetics company as a Research and Development & Production Manager. She was also a Sales and Marketing Coordinator at Inopak, LTD; an Investigator and Retail Promotions for an Independent Contractor and most recently she spends her time as a skin care consultant for Chamonix Skin Care.

She is the mother of three adult sons, Jamie, Paul and Steven Fuchs. In 2014 her oldest son, Jamie, suffered a stroke. The mom of three set up a GoFundMe page where she explained her son’s condition and requested the help of donors in order for her son to have a mitral valve repair. She wrote

‘I want my son to live, enjoy life, be with his family and share his love of the arts with others.’

Before landing his role in the famous, Francis Ford Coppola film, Vigoda worked in relative obscurity as a supporting actor in the New York theater scene.

Her father, starred alongside Florence Stanley and Todd Bridges (before Diff’rent Strokes fame) in a short spinoff of Barney Miller that centered on his character, eponymously called Fish, until it had been canceled in June 1978.

After the TV show ended, he remained a popular character actor in films, including “Cannonball Run II,” ”Look Who’s Talking,” ”Joe Versus the Volcano” and “North.”

We send our deepest condolences to Carol Vigoda Fuchs and the rest of her father’s relatives and friends.