Monntel West is a high school senior who’s video of himself playing the piano in a mall, has gone viral!

Reports say West had no idea he was being recorded at the time, but he must be pretty excited now.

Is not only the fact that he is good, but what really gets you about his performance is knowing that Montel West taught himself how to play the piano –not exactly an easy task.

The footage of Montel West playing the piano was captured by Sara Hadley, who said of his ‘show’ “I had goosebumps.” Truth be told, it is hard not to be stunned by Montel West after watching the footage.

Hadley who added she thought Montel deserved some sort of recognition, might have help the rest of us, witness a star in the making. 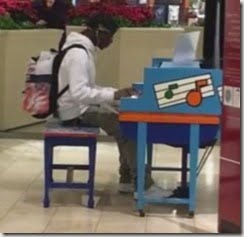 In recent years we’ve seen a number of over the night celebrities. From You tubers to vine and Instagram stars; social media platforms have given the opportunity to those talented without much hassle but also without many resources. It’s as easy as making a video with your phone or sing in front of your bathroom mirror. Then the right moment comes and you ‘go viral.’

Going viral for many means, making it, being in the known, having an audience. But the true test is staying there.

For Montel West, he wasn’t even aware of his ‘moment to shine’ but nevertheless it happened.  According to news outlets, the teen was bored while waiting for friend at the mall, when he spotted the piano and decided to kill the time by playing.

Soon-enough he had gathered a group of people with his rendition of the song “River Flows in You” –a song by South Korean composer Yiruma. 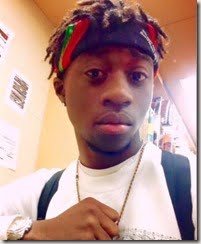 Montel West who attends Everett High School, said “Everybody has those hidden talents and hidden abilities,” “Hopefully this shows people to not be afraid to show them.”

Montel West was born December 15, 1994 in Lansing, Michigan where he currently lives.

Montel West is very clear on his future, he is hoping to study music management for two years at Lansing Community College and then transfer to Michigan State University. The teen can not afford to have his own piano but after the success of his mall performance, a GoFundMe page has been set up to help out.

Think we’ll hear more of Montel West in the near future?