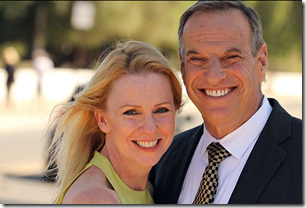 A video apologizing for his erratical and immoral behavior was not enough for San Diego mayor Bob Filner’s girlfriend, Bronwyn Ingram. It was reported Ingram left the 70-year-old politician just days before he released the video regretting his recent actions, mistreating women who were at his service in office.

The beautiful blond released a statement of her own saying how his behavior has gotten worst and besides being a self explanatory statement of her decision to leave him, Bronwyn urged him to resign, saying

‘I have witnessed a severe deterioration in Bob’s ability to engage with anyone in a civil manner, myself included. During our trip to Paris, he screamed at me in public without provocation, among other inappropriate and disrespectful acts.

‘Anyone embroiled in so many serious controversies is impaired in ability to run a city. The mayor’s office is now paralyzed, engaging only in defensive posturing and struggling to survive.

‘I therefore urge Bob to put the best interest of the people of San Diego first and submit his resignation.’

Who could really blame her huh? Bronwyn is a disability analyst. The former couple met working together to change policies for the disabled back in August 2009. 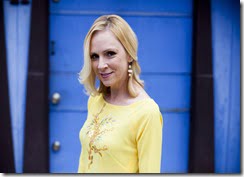 Bronwyn is an L.A native but started spending time in San Diego three years ago, that’s when her relationship with Filner began. She’s been identified to have a calm demeanor and captivating, warm, welcoming smile. She takes the time to talk to everyone who approaches her. Bronwyn was born in 1964 in Orange County and she is from Irish and Finnish descent. The 48-year-old attended Cal State Fullerton where she received a B.A. in psychology. In her resume we found she was co-founder of Americans Against War with Iraq. She worked with the John Kerry presidential campaign and currently works for the Social Security Department. She has also traveled to Vietnam with governmental representatives and organizations to figure out how to finally rid the country of the remnants of Agent Orange.

During her relationship with Bob she split her time working four days in L.A and spending three in San Diego. She is 5’ 3” and size O, but with a huge admiration for humanitarian work; her layback personality and non glamorous style gained her the love of everyone she meets, she was even named by publications “the people’s first lady”

Ingram and Filner were planning to tie the knot on October 2014. Bob Filner was sworn in as the Mayor of San Diego on Monday December 3, 2012, with Ingram by his side but now she plans to move on. It would have been the third nuptials for Filner and Ingram’s second marriage.

Developments on disgraced Filner as more of his sexual harassed victims have come forward may force the 70-year-old to be the city’s first Democratic leader in 20 years to quit.