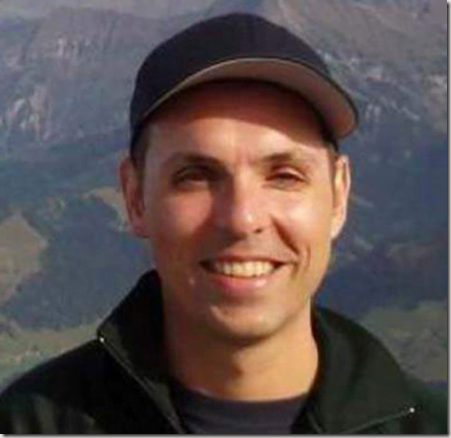 Meet Andreas Lubitz, the co-pilot who deliberately crashed the Germanwings flight 9525 carrying 144 passengers and 6-crew members into the French Alps earlier this week.

Recent reports indicate the ‘black box’ voice recorder revealed Lubitz was the only one controlling the plane for the last eight minutes and for unknown reasons, officials believe he intended to “destroy the plane.” 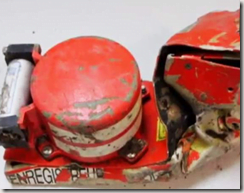 Lubitz –who received a U.S.-issued student flying license in 2010 –and pilot identified as Patrick S can be heard speaking, Mr. S asks Lubitz to take control of the plane, immediately the sound of a seat moving backwards and the sound of a door closing is also heard.

Officials believe the pilot had gone to the toilet and that’s when Lubitz locked him out of the cockpit. 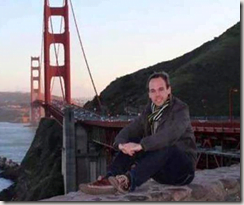 While alone, the co-pilot proceeds to press the buttons of the flight monitoring system to put into action the descent of the aeroplane and ultimately the crash takes place. Marseille prosecutor Brice Robin, also said passengers could be heard screaming just before the crash.

According to the airline, Andeas had no ties to any extremism or terrorism groups. It is believed he barred the pilot from re-entering the cockpit and remained silent while alone inside the cockpit. 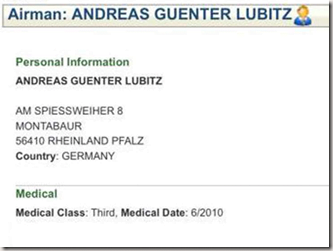 The mystery remains, despite air air traffic controllers made repeated attempts to contact the aircraft, Andreas seemed like on a mission and he delivered. 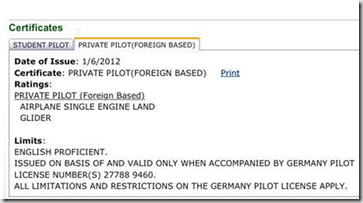 28-year-old Lubitz began training in 2008, at Bremen and Arizona. Reports say his training was briefly interrupted and later was deemed fit to fly. He had worked as co-pilot, or first officer, since 2013. He was a resident of Montaubaur, near Frankfurt who lived with his parents and had several friends.

Why do you think he would crashed on purpose? A community page has been created on Facebook.