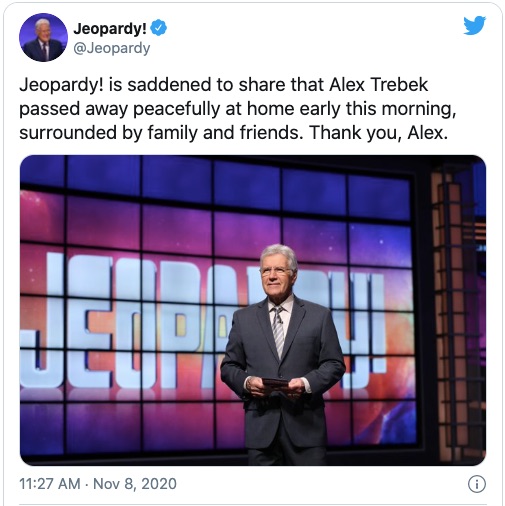 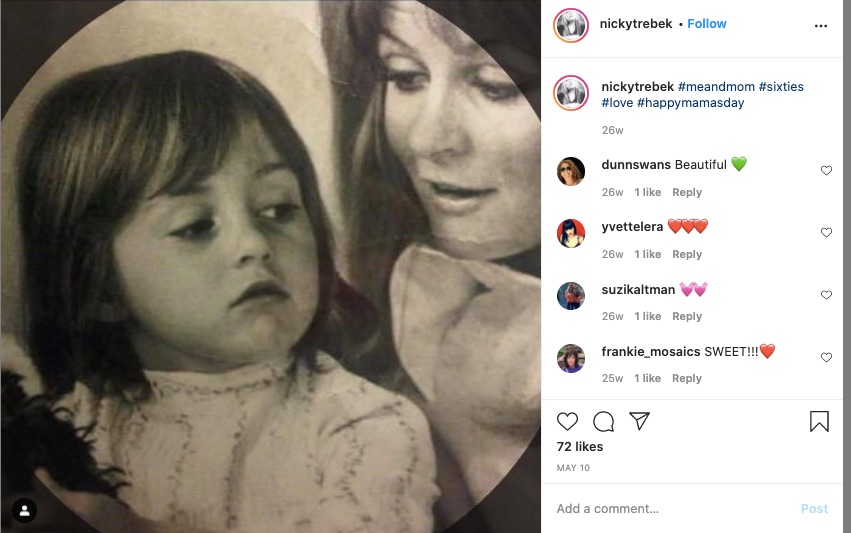 Elaine was living with her then 8-year-old daughter Nicky when she and Alex tied the knot on September 24, 1974; He subsequently adopted Nicky, hence she is nowadays known as Nicky Trebek. 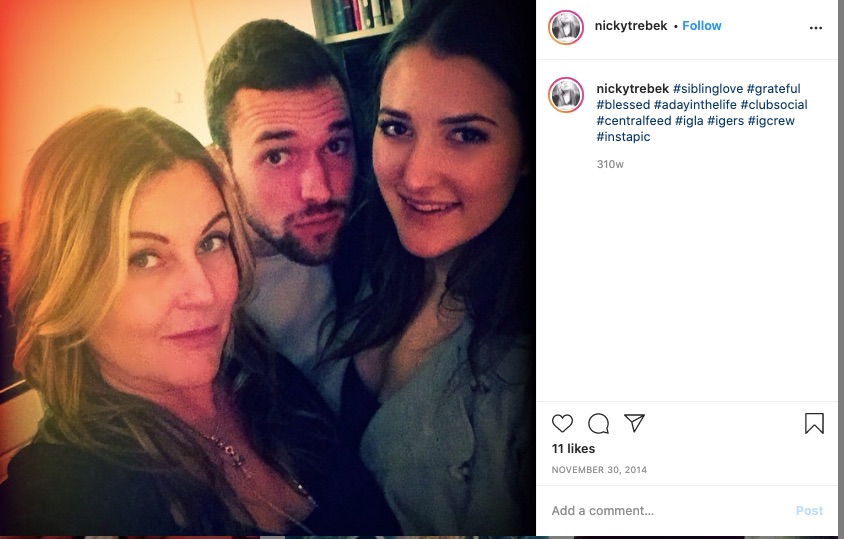 Her parents divorced on May 13, 1982; Nicky remained close to Alex and eventually with her siblings Matthew and Emily, born from her dad’s second marriage to Jean Currivan.

Nicky Trebek was born on January 8, 1966, in Toronto, Ontario, and grew up in Los Angeles. She did some modeling late in the 90s’; appeared in ads in Glamour Magazine, Mademoiselle, Vogue, Cosmo, among others.

She is also involved in music and is the artist behind Rockidolclothing.

Regarding music, Nicky has worked with Phil Collings, Goo Goo Dolls, John Mellencamp. More recently she recorded her latest single Every Beat of Your Heart with producer Loren Harriet.

She received her certification as a drug and alcohol counselor from Loyola Marymount University in 2012, she works independently as a recovery worker and sober companion.

In addition to all of the previously mentioned, Nicky Trebek worked in production on Jeopardy.