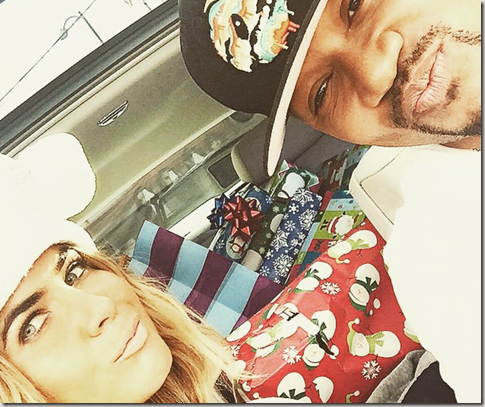 Fitness guru Agostina Laneri was romantically linked to Scandal actor Columbus Short back in December when the alleged couple was spotted at a birthday party. They were also seen walking the red carpet together at a charity toy drive before giving back to the community for the holidays. But things for the couple seem to have taken a weird turn (like everything surrounding Columbus Short these days), the blonde hair blue eyed celebrity fitness trainer recently said Columbus threatened to kill actor Jaime Foxx and also physically abuse her child. Worst part is, media reports say she is pregnant with Columbus child and she has filed a restraining order against him! Gorgeous Agostina is the owner and founder of Agostina Fitness. The gal is ******** when it comes to working out, she knows hard work pays off and is all about the bass!

The Buenos Aires, Argentina native has been interested in fitness her whole life. She starred in Season 3 of Bravo’s Workout.