Yet another shooting has claimed the life of one student, this time, at the Northern Arizona University campus. Authorities have identified the gunman as 18-year-old Steven Jones, as the alleged shooter behind the deadly attack occurred Oct. 9. 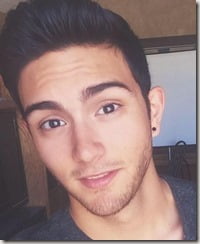 1. Nothing happened inside the residence halls.

According to a press conference, police chief said the incident happened in a parking lot, more exactly, the shooting took place outside Mountain View Hall at 1:20 a.m. PT, on the Flagstaff, Arizona campus, according to an official statement.

2. Steven did not run away.

Steven jones was reportedly taken in custody, he was arrested without a fight and is said to be cooperating with authorities.

3. The reason for the shooting is not clear.

Authorities have said the incident happened after “several students became involved in a confrontation with each other.” All involved appear to be members of the school’s Delta Chi fraternity.

4. One person died and three other were wounded.

One person was reportedly killed, while three others were injured during the altercation. The reported three victims wounded in the shooting were taken to Flagstaff Medical Center for treatment, while the fatal victim is a freshman, reports ABC 15.

5. The campus was not put in lockdown.

According to the NAU twitter account the situation was stabilized by 4:15 AM, and tweeted Campus not on lockdown.

Keep coming back for updates!