Wayne & Kathy Harris are the parents of infamous Columbine HS shooter, Eric Harris. Their teenage son, along with his classmate Dylan Klebold, killed 12 students and a teacher at Columbine High School in Littleton, Colorado, on April 20, 1999. They then killed themselves in the school library.

Wayne & Kathy Harris’ son is widely seen as the one plotting the whole nightmare, while Dylan Klebold is seen as the follower. Both the Klebold’s and the Harris’s were left to face the terrible consequences of their children’s horrible actions.

Wayne Harris was a U.S. Air Force transport pilot. Following his retirement from military service in 1993, Wayne and his family moved to Littleton, Colorado from Plattsburgh, New York.

Eric’s mother, was born Katherine Ann Poole, she was a stayed at home mom.

Wayne & Kathy Harris’ son had initially showed sigs of a troubled teen. In 1998 Eric Harris had a fall out with a fellow student. Eric allegedly made threats to Brooks Brown.

Later, Eric and Dylan had gotten into trouble with the law for breaking into a locked van and stealing computers. In January 1998, they were charged with mischief, breaking and entering, trespassing, and theft. They both left good impressions on the juvenile officers, who offered to expunge their criminal records if they agreed to attend a diversionary program to include community service, received psychiatric treatment, and obeyed the law.

Harris was required to attend anger management classes where, again, he made a favorable impression.  In May 1998, Harris typed a letter of apology to the owner of the van, saying he was sorry he did it. However, he was writing in his journal at the same time: “Why shouldn’t we, the gods, have the right to break into a van that some ************ left in the middle of nowhere?!”

Wayne & Kathy Harris’ son had various websites that hosted Doom and Quake files, as well as team information for those he gamed with online. The sites openly espoused hatred for the people of their neighborhood and the world in general. When the pair began experimenting with pipe bombs, they posted results of the explosions on the websites. The website was shut down by America Online after the shootings and was preserved for the FBI. 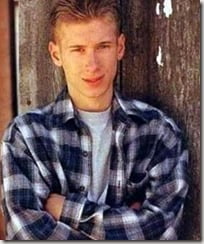 Wayne & Kathy Harris welcomed their son, Eric, on April 9, 1981, in Wichita, Kansas. Harris seamed like a regular boy growing up but a hard time fitting in at school, proved deadly.

Eric  was often hassled by other students for his weird looks and odd behavior. He wrote about his plan in a diary. The papers also further document Eric’s now well-known preoccupation with Nazis, Charles Manson and Napalm. 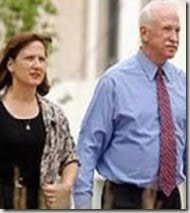 Wayne & Kathy Harris are also the parents of Eric’s older brother, Kevin. Their oldest son, Kevin joined the Army following his college graduation. He attended Boulder College in Colorado. while at the Army he received his Master’s degree in physical therapy.

A 2006 article, talks about a notebook kept by Eric’s father, Wayne, detailing a parent’s involvement in his child’s downward spiral.