Mauricio Umanski is the CEO & Co-founder of The Agency. When he is not busy closing major real state deals, he keeps busy being the father of 4 daughters, a husband to Kyle Richards. His hobbies include golfing and Mauricio is also an avid skier .

Umanski has won the hearts of audiences in the reality show and frankly he might be the best if not one of the top-three best husbands on TV. The tall, dark and handsome 45-year-old not only runs a successful business but is also an understanding and supporting hubby and father.

The Mexican-American was born June 25, 1970. He is one-year younger than Richards. He was born in Mexico but moved to America as a young boy. He has one older sister and his mother, Dr. Estella Sneider,  occasionally appears on the Real Housewives of Beverly Hills.

While his father, Eduardo Umansky, is also in real estate, having worked at Hilton & Hyland with Mauricio before joining him at The Agency.

According to his website, Mauricio places a premium on customer service, drawing on more than 15 years of experience and out-of-the box thinking to ensure that his team provides the best customer experience in the business. The handsome hubby is recognized by The Wall Street Journal as the #1 realtor in California by sales volume – and #3 in the entire United States. Mauricio specializes in selling and marketing luxury real estate worldwide. He co-founded The Agency in September 2011 with fellow agents Billy Rose and Blair Chang, and already their company has closed more than $1.5 billion in sales. Over the course of his career, Mauricio has personally orchestrated close to $2 billion in transactions. 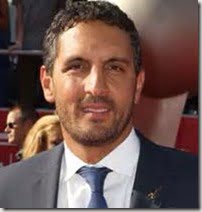 Despite not getting his degree from University of Southern California, he sold a clothing company by the age of 26 and made a profit. He then began working at a real estate firm and his career sky rocketed. His first sale at the firm was a $7.5 million home that actually belonged to Kyle’s ex-husband.

Mauricio Umansky and Kyle Richards tied the knot in 1996. He is the dad of Alexia, Sophia, and Portia. His wife, Kyle Richards was first married to Guraish Aldjufrie from 1988–1992 and with whom she had one daughter, Farrah Aldjufrie. 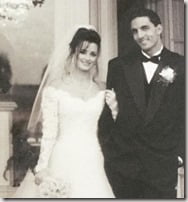 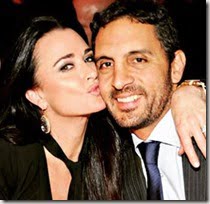 Mauricio also sits on the board of Prestige MLS, a business club exclusively dedicated to estate agencies specializing in marketing luxury properties internationally. In addition, he is a member of The Young Presidents Organization (YPO), a highly influential and world-renowned business networking group connecting leaders and CEOs of major companies.

You might have seen him appear as a real estate expert on Fox Business News and CNN Money, as well as in the pages ofThe Wall Street Journal, LA Times, and Forbes Magazine.

When he is not making millions,  he participates in philanthropic work involving the Children’s Hospital Los Angeles.