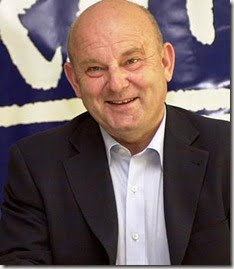 Champion skier and now Tiger Woods girlfriend, Lindsey Vonn, is training at the Red Bull center and reportedly is seeing Dr. Bernd Pansold, who is involved in the doping of female German athletes with muscle-building drugs without their knowledge.

Since 2005, Red Bull has paid Lindsey Vonn to promote its brand. Each summer, Red Bull organizes a conditioning program for her in its Diagnostics and Training Center, a sports laboratory in Thalgau, Austria, overseen by a 71-year-old German doctor named Bernd Pansold.

There she visited the clinic of the German doping doctor who played an instrumental role in the German Democratic Republic’s notorious, state-sponsored program to dope young athletes with ******** anabolic steroids. Thousands of young athletes were victimized, many suffering permanent injuries in what have been described as crimes against humanity.

There is no evidence of doping by Vonn, who has never failed a drug test. Her publicist initially denied the 28-year-old worked with Pansold, but later said Vonn has made occasional visits and exchanged “nothing more than a courtesy hello” with him.

“A very nice girl,” Pansold once said. “She visits here twice a year.”

“We have a connection to talk about results,” Pansold says. “If it’s Lindsey, there is Martin Hager.”

According to investigations, Pansold oversaw plans in the 1970s and 1980s to give teenage girls the highly toxic Oral Turinabol without their knowledge. The victims suffered side effects such as irreversibly deepened voices, liver tumors, disturbed ovulation cycles and an extreme increase in face and body hair growth.

“It was forbidden to refuse,” ex-swimmer, Christiane Knacke-Sommer testified. “The pills and the shots, they destroyed me physically and emotionally.”

By the time of his trial, Pansold was working with Austrian ski racers, including Hermann Maier, but the constant horrors of State Plan 14.25 made the stigma so great that the Austrian ski team’s president, Peter Schroecksnadel, officially distanced Maier and his team from Pansold in 1998.

“And since then he’s with Red Bull and nobody cares about that, you know,” Schroecksnadel recently.