Patricia Lynch is one of two women who had a romantic relationship with married former Assembly Speaker, Sheldon Silver.

Unsealed court documents have exposed the extramarital relationship between Sheldon Silver and at least two women. Accoridng to the NY Daily News, one of the women is said to be Patricia Lynch, a prominent lobbyist who made the “50 Most Powerful Women in NY” list. The second woman, who is yet to be named, is said to have landed a job with the state thanks to Silver.

The women’s names were redacted, but the court filing says one “lobbied the defendant on a regular basis on behalf of clients who had business before the state.”

Though the names have not been confirmed, Patricia Lynch, fits the profile. She is a former aide to Silver who was well-known for her close ties to the former Speaker. She has also been described in the past, as the Assembly speaker’s favorite lobbyist. 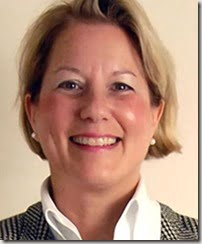 Her New York based government relations and media firm was founded in 2001 as a start up in Albany and became a multinational firm. The firm has had over one million dollars in revenue.

Accoridng to a LinkedIn, the firm ranks 1st in number of clients and 2nd in total billings.
PLA has a broad client base, ranging from Fortune 500 corporations and nonprofits to small businesses and local governments.
PLA’s bi-partisan team collectively possesses over 200 years of experience in local, state and national government. Partners in PLA have served as top aides to the leaders of New York politics and government. No other firm has a comparable amount of senior level experience in state government.
PLA has a geographic footprint spanning from the Erie Canal to the Panama Canal. Besides our headquarter office in the state capital at Albany, we have offices in New York City, Buffalo and an international subsidiary, Lynch Sosa & Associates in Panama City, Panama.
PLA delivers a complete range of services from strategic planning and communications, to policy research, regulatory issues and legal consultation.

During Silver’s corruption trial last year, Patricia Lynch was said to be one of the biggest losers in the downfall of Sheldon Silver.

By August of 2015, the NY Daily News, reported Patricia Lynch was selling her influential lobbying firm. MWW, a powerful public relations firm, was in the process of buying Patricia Lynch Associates. Lynch, who, was once highly respected by Democrats and Republicans in Albany, would stay on in an executive role.

Lynch’s firm in recent years suffered from reduced billings, layoffs, and federal tax liens. Though PLA fell to 10th among top lobbyists in 2014, the firm still managed to take in a hefty $4.2 million.

Lynch’s tax woes began after she shelled out more than $2 million fending off a probe by Gov. Cuomo, who at the time was attorney general. Cuomo in 2009 subpoenaed the names of companies that used Lynch’s firm to help win pension fund business from the controller’s office. Her firm agreed to pay $500,000 to settle the matter, though it did not admit any wrongdoing.

Before starting PLA/NY, Ms. Lynch worked the Senate Democrats and members of Congress. From there she became the communications director for the office of the Speaker of the Assembly. During that time she ran media relations.

Patricia Lynch resides in Chappaqua, NY.; with her family.